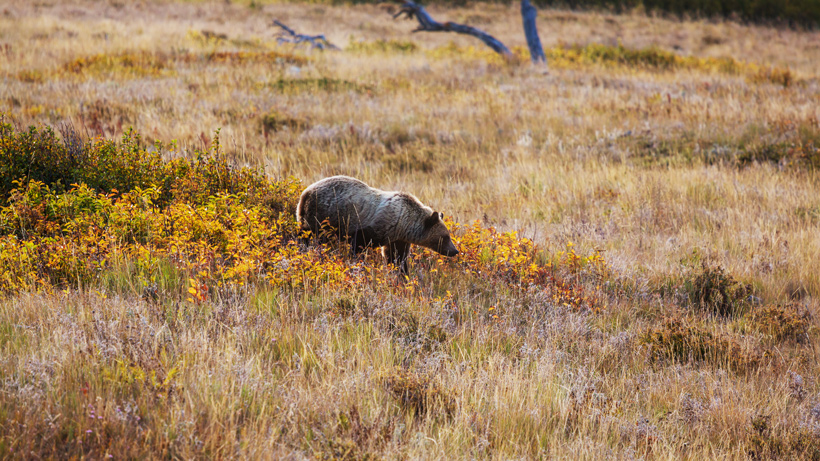 A Montana bowhunter is lucky to be alive after being attacked by a 500 lb. grizzly bear while elk hunting last week south of Livingston, MT. Bob Legasa and his hunting partner, Greg Gibson, were spot and stalk hunting an elk that was about 100 yards. As they slowly made their approach, the “denseness of the vegetation made it difficult to see absolutely everything” – including a sow grizzly bear and her two-year-old cub when Legasa and Gibson “emerged onto a road,” the Couer d’Alene/Falls Press reports.

The two men startled the grizzly bear and she decided to attack.

“She was barreling straight toward me,” said Legasa. “I thought this might be a bluff charge. I braced myself like a football player bracing for impact. It was going to be a second or a second-and-a-half before I was hit. I did not want to take my eyes off of this bear."

Both men were armed with bear spray and, while Legasa fought off the sow, Gibson showered her with bear spray, accidentally hitting Legasa two times with the spray, too.

“I put my arms in front of me. I had my bow in one hand and had my arm out. She tried to get me into a bear hug headlock,” said Legasa. “She grabbed onto my arm and had it in her mouth. I was knocked over on my butt and at that point, I was kicking and screaming trying to move her away.”

While Legasa was able to finally grab his own can of bear spray, he only managed to spray himself with it. It took Gibson’s third attempt with bear spray to make the sow retreat.

Legasa suffered claw marks to the face, gashes and puncture wounds on his arm and wrist and a fractured arm. Fortunately, once the bear fled, he was able to walk away from the attack and get to a hospital, first in Livingston and, then, in Bozeman where he had “to have surgery to clean out the wound,” according to the Couer d’Alene/Falls Press. Doctors also gave him a tetanus shot and started him on a rabies series. 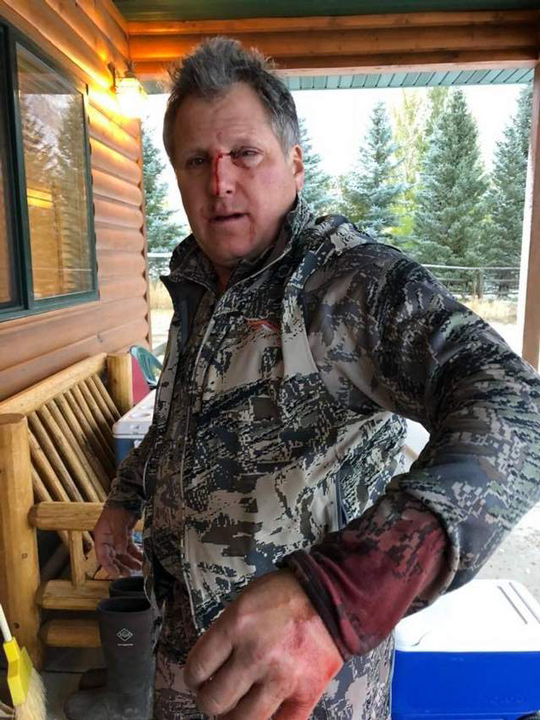 As for the bear? Legasa says he doesn’t think it should be tracked down and euthanized; the grizzly bear was simply doing what she should in that situation: protect her cub. However, he does think more grizzly management would be effective.

“They’re just not afraid of anything. Having these types of encounters, they need to be relocated to an area that's not populated. If they could trap the bear and move it, that would be great,” said Legasa. “They’ve grown to a large population and there needs to be some management on it so we can lessen the population and the impact that we’re having with these confrontations with humans.”