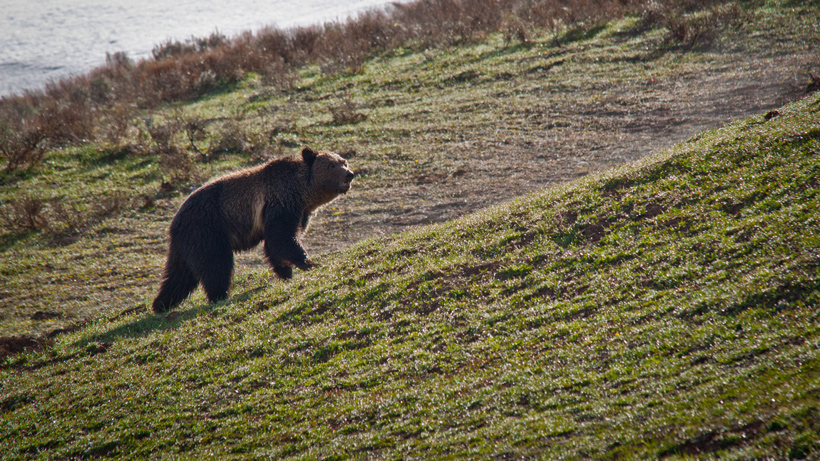 Here’s another reason to remain vigilant in the backcountry. Last week, during Montana’s archery season, a bowhunter came upon a sow grizzly bear and two of her cubs while in “thick brush along a creek bottom” in the Blackleaf Wildlife Management Area, Montana Fish, Wildlife and Parks (MFWP) reports. According to the ongoing investigation, the hunter shot and killed the sow with a pistol and also wounded one of the two cubs in what appears to be self-defense.  The wounded cub, which was two years old, was later found and euthanized by MFWP; a second cub was unharmed and reports do not say what happened to that cub.

The incident is still under investigation by MFWP as well as officials with the U.S. Fish & Wildlife Service (FWS). Because grizzly bears are protected under the Endangered Species Act in the Lower 48, it is important to note that investigators have already confirmed that the hunter killed the sow and critically wounded the cub because he was acting in self-defense. No charges have been filed against the hunter.

The area where this occurred is prime bear country and MFWP wants hunters to take extra precaution. Archery season often leads “to bears and hunters being in close proximity to each other” and those in the backcountry should carry bear spray and look for bear sign in order to stay safe during the archery season.

According to FOX News, there were two separate grizzly bear incidents last week. The other one involved a bowhunter killing a grizzly bear that attacked him after he killed a moose on the Blackfeet Indian Reservation. When the bowhunter attempted to approach the downed animal, the grizzly attacked him. That hunter was treated for injuries and released. FWS is also investigating this incident.