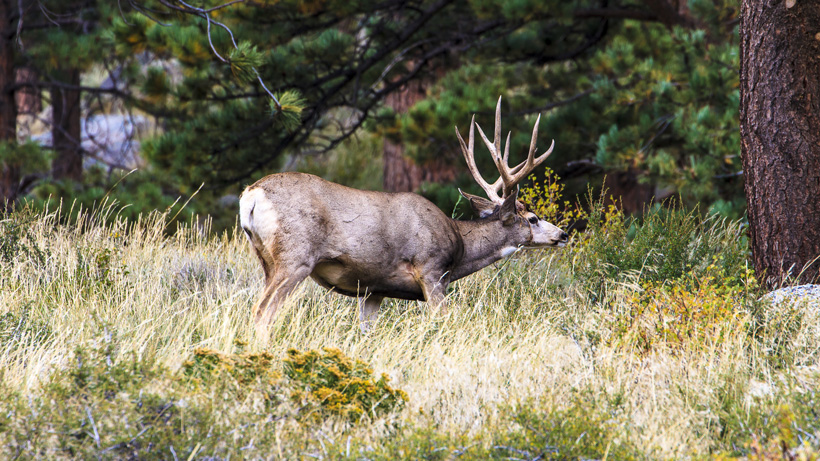 The 2022 big game season is upon us and, in Montana, that means plenty of deer, elk and antelope hunting opportunity. This week, Montana Fish, Wildlife and Parks (MFWP) released its big game forecast, outlining what to expect in each section of the state.

Please note that many hunting districts (HD) have changed. If you’ve hunted the same HD for several years, check the current regulations to refresh your knowledge on district boundaries.

Here’s a brief breakdown of what to expect. For more details, click on the full MFWP forecast right here.

With its third consecutive mild winter in the books, whitetail deer and mule deer numbers are stable to increasing with good fawn recruitment. Hunters should be aware of confirmed cases of chronic wasting disease (CWD) in the Libbey area and note that there are some CWD sampling stations in various check points. Elk calf recruitment was low, but consistent with the five-year averages and numbers are similar to last year. Moose numbers are stable.

Whitetail deer herds are healthy and thriving while mule deer opportunity continue to dwindle in the area. Hunters should anticipate good elk opportunity. Only a few antelope tags are available for this area.

Several HD changes occurred in this area so make sure you check before you head out. Hunters can anticipate good opportunity for whitetail deer, mule deer, elk and antelope due to great precipitation, forage and continual habitat. There are fewer antelope tags available for some of the HDs due to a decline in population.

While elk numbers are healthy in this portion of the state, mule deer herds aren’t faring as well and opportunity is generally lower for mule deer in these HDs. This is due to a mix of factors, including continued drought. On the Rocky Mountain Front, elk numbers are above their long-term average. Along the Golden Triangle, mule deer, whitetail deer and antelope are all doing well and biologists believe they could be on the upward swing after getting through several severe winters.

Elk numbers are high in this region and whitetail deer fawn recruitment did well, resulting in an uptick in over-winter fawn survival. Unfortunately, mule deer are not experiencing the same high and the overall population is experiencing record lows, meaning hunters should expect to see fewer mule deer. Antelope numbers are also below average in this area.

Recent surveys found that numbers were low for elk as well as whitetail deer due to an outbreak of epizootic hemorrhagic disease. Mule deer numbers were up across the region, depending on the HD. Antelope populations have been steady and slowing increasing over the past 10 years. There are additional B licenses available for this region.

The area has experienced drought, but also replenishing rainfalls, resulting in abundant grasses (and wildfire risk) in what’s considered Montana’s two “core” elk populations. MFWP biologists reported strong elk calf recruitment and “an excellent composition of bulls” in southeast Montana. Whitetail deer numbers are “variable” depending on the HD and mule deer were 47% below the long-term average; however, antelope populations are 27% above the long-term average.