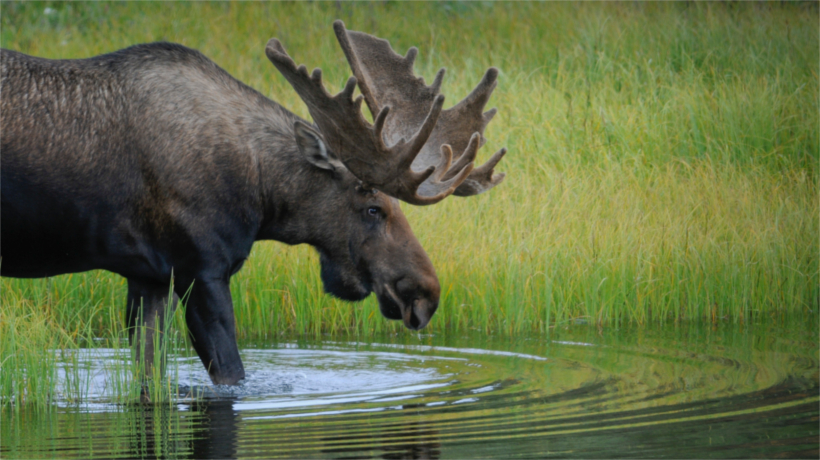 With nearly four years of a 10-year moose study completed, Montana biologists are still in the process of collecting data to figure out why some moose are struggling while others are not. Researchers have collared cow moose within three different populations in Big Hole Valley, Cabinet Mountains, and the Rocky Mountain Front.

According to the Billings Gazette, a total of 90 (30 per selected area) moose have been collared for the purpose of collecting data to form conclusions as to why some female moose seem to have it harder than others. Additionally, researchers are currently in the process of swapping the traditional tracking collars with GPS collars in order to keep better tabs on the moose being studied.

“The better collars will allow the researchers to more quickly find dead moose to assess what it is that has killed them,” Nick DeCesare, the Montana Fish, Wildlife, and Parks (MFWP) biologist leading the study, told the Billings Gazette.

So far, a variety of issues have been discovered. For example, moose within the Rocky Mountain Front have a large number of ticks to contend with while moose within the Big Hole Valley suffer from arterial worm infection. The Cabinet Mountain moose have high fawn mortality due to a large number of predators. Yet, collectively, these issues aren’t serious enough to predict why moose numbers seem to be declining overall.

Yet, the MFWP moose study is unique. According to the Billings Gazette, researchers are examining the genetic makeup of moose across multiple states and provinces – from Colorado to Alaska – to determine if the Shiras moose “are actually genetically different than larger subspecies to the north, or if the differences are instead a result of different habitat conditions for moose living along the southern edge of their range.”

With another six years to collect data, biologists have their hands full in keeping tabs on the GPS-collared moose. But, even when a moose dies, knowledge can be discovered, which is why GPS is important to those involved with the study.

“Hopefully the necropsy information will improve with GPS collars,” says DeCesare. “There’s a better chance to get on the carcasses quicker.”