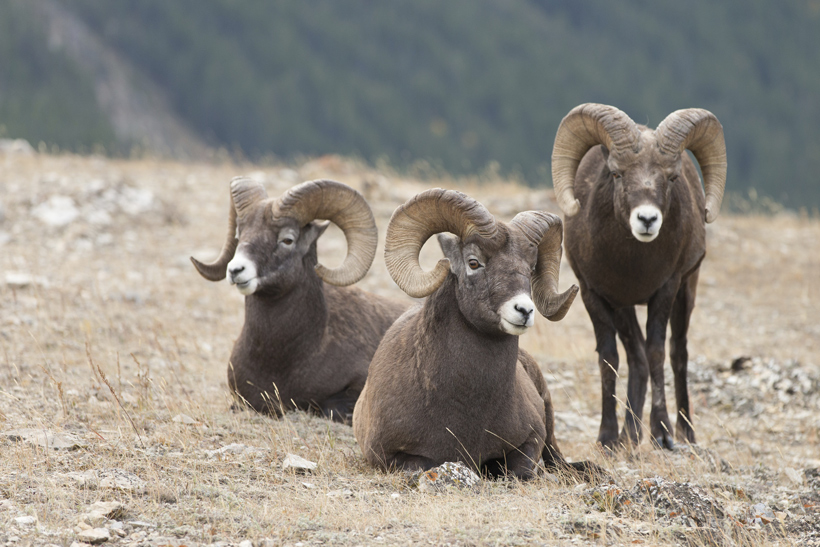 For the second time in a month, the Montana Fish and Wildlife Commission voted against transferring bighorn sheep from the Missouri River Breaks to South Dakota, opting to keep the sheep in state and move them to the Highlands area near Butte and the Beartooth Game Range north of Helena.

The vote came despite continued assertions from Fish, Wildlife and Parks (FWP) that the areas would serve only as a “dumping” ground for sheep.

Last July, FWP counted 436 sheep in HD 482, which has a population objective of 325. This inordinately high density of sheep places the herd at a higher risk for disease. Wildlife officials realized that immediate action must be taken.

Hunting alone could not reduce the herd across the entire area because several bands of the sheep remain isolated, making it too difficult to harvest any significant number of female sheep (ewes). The most efficient and effective option, therefore, would be for officials to trap and transplant some of the sheep.

Yet finding suitable habitat in Montana turned out to be very difficult. The FWP maintains that there are simply no areas currently identified in Montana that meet the criteria of either starting a new herd or augmenting an existing herd.

South Dakota requested to receive transplanted bighorn sheep, but in 2009, wildlife commissioners had adopted a policy against moving the animals to other states. In the past month, the proposal to overturn that policy was presented to the commission twice. Yet both times, the commission voted against moving the sheep out of state, choosing to continue the search for suitable habitat within the state.

Just last Thursday, in a 4-1 vote, the commission authorized FWP to trap and transplant the sheep to Hunting Districts 340 and 455, leaving wildlife managers to determine how many sheep will be sent to each location.

“I think these sheep need to be maintained in Montana and the department has some work to do with the plan for bighorn sheep,” stated Commissioner Matt Tourtlotte of Billings. “If it can’t establish herds in the state, then the public needs to know that and then we’ll be operating from a policy perspective that there is no place.”

Tourlotte maintains that the public strongly supports the decision to keep the sheep in Montana. Yet many others, including game management Bureau Chief John Vore, are more skeptical of the decision to transfer the sheep to the Highlands and Beartooth regions.

“There are risks involved in putting sheep in places we don’t see a need,” Vore explains. “If a population continues to struggle and perform poorly, it’s not wise or prudent to put sheep there, as there’s also a risk of perpetuating a disease.”

Bighorn sheep are delicate creatures that are highly susceptible to disease. Once a disease strikes a herd, placing additional sheep into that herd could very well exacerbate the problem.

Both the Highlands and Beartooth herds have experienced die-offs in the last 15 years.

Montana Wild Sheep Foundation executive director Jim Weatherly has suggested moving half of the sheep to South Dakota and half to the Highlands, maintaining that Beartooth is an unsuitable choice.

Sheep in the Highlands are widely dispersed across the region and have shown some good recent lamb crops. This makes a transplant a viable possibility. The Beartooth, on the other hand, has continued to struggle, which means moving sheep would “condemn” them, according to Weatherly.

The South Dakota plan includes 90% public lands in an area of historic bighorn habitat but no current population. South Dakota would have also paid the transplant costs, which runs over $800 per animal when helicopters are used.

“I can’t seem to get my mind around that there aren’t even three areas to augment sheep if we had to,” said Commissioner Mathew Tourtlotte of Billings before voting against the proposal. “I think we need to stay the course and get the department moving to find a place in the state to put these sheep.”