Missouri resident elk season is in the works 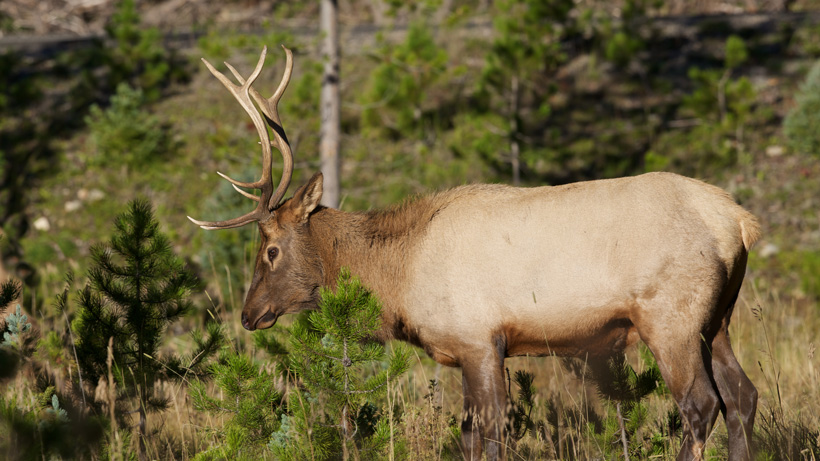 Missouri hunters may get a chance to hunt elk in their home state next year. The Missouri Department of Conservation (MDC) recently announced this exciting news and released plans for a proposed elk season in Carter, Shannon and Reynolds counties, St. Louis Public Radio reports.

Of course, in order to hold a hunt, the population needs to be stable. MDC anticipates the state herd to increase from 175 to 200 by early 2020, which would make it possible to hold a hunt. Aaron Hildreth, a MDC deer and elk biologist, noted that “while the elk population will still be low,” the male elk are becoming “more abundant.” The proposed elk season would allow hunters to harvest bull elk and, according to Hildreth, “not slow the population growth of elk in Missouri.”

While elk are native to the state, they were over-hunted and became extinct in the late 1800s, according to St. Louis Public Radio. Using Kentucky elk, the animals were slowly reintroduced to the southeast portion of the state, specifically the Peck Ranch Conservation Area. The proposal would include a nine-day archery season from Oct. 17 to 25 and a nine-day firearms season from Dec. 12 to 20 only open to Missouri residents. The season would include public land and private land (with permission). No one would be allowed to hunt in the refuge in the Peck Conservation Area, according to St. Louis Public Radio.

MDC is collecting public comments on the proposal until Aug. 31. Should the herd increase as anticipated, MDC will announce the number of available permits early next year.