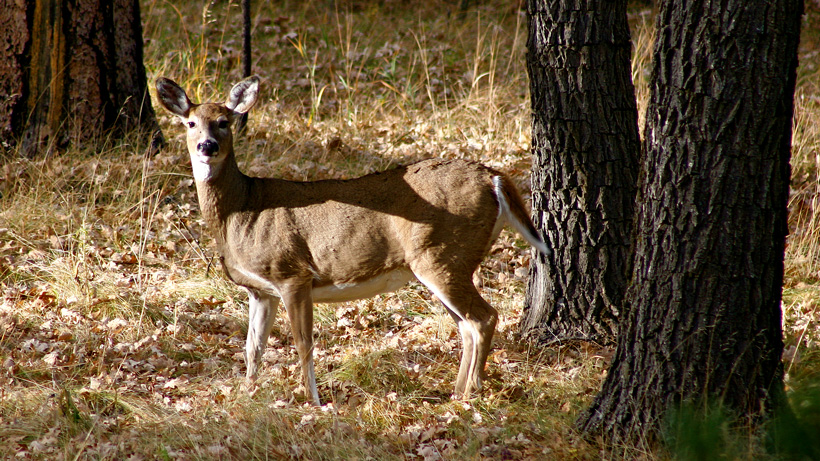 Recent testing has confirmed hemorrhagic disease (HD) in six Missouri counties. While the disease has been in the state “for many decades,” according to Missouri Department of Conservation (MDC) Wildlife Health Program Supervisor Jasmine Batten, recent cases have been confirmed in deer in Boone, Camden, Cole, Jackson, Linn and Osage counties, Channel 13 KRCG News reports.

“We get reports of suspected cases every year and ask the public to report suspected cases of HD to their local MDC office or to email information to WildlifeHealth@mdc.mo.gov,” said Batten.

HD occurs when a deer is bitten by a native midge fly and reported cases typically occur July through October, according to Channel 13 KRCG News. While the disease can be fatal for some deer, others develop immunity and survive.

“Clinical signs of hemorrhagic disease in deer vary but may include an unwillingness to move; difficulty breathing; and swelling of the head, neck, or tongue,” Batten said. “Hemorrhagic disease can cause a high fever, prompting infected deer to seek out water sources. Deer that are sick may appear dazed, lethargic, and nonresponsive to the approach of people. Deer that die from hemorrhagic disease usually do so in a matter of days and are often found dead in or near water with no outward signs of illness.”

The disease usually targets whitetail deer. Infected deer exhibit symptoms within about seven days, according to the Cornell Wildlife Health Lab, which include “reduced appetite, weakness, and loss of fear of humans” along with “fever and edema.” Diagnosis can only be confirmed in tissue and blood samples. Deer with HD typically die within 36 hours of infection.