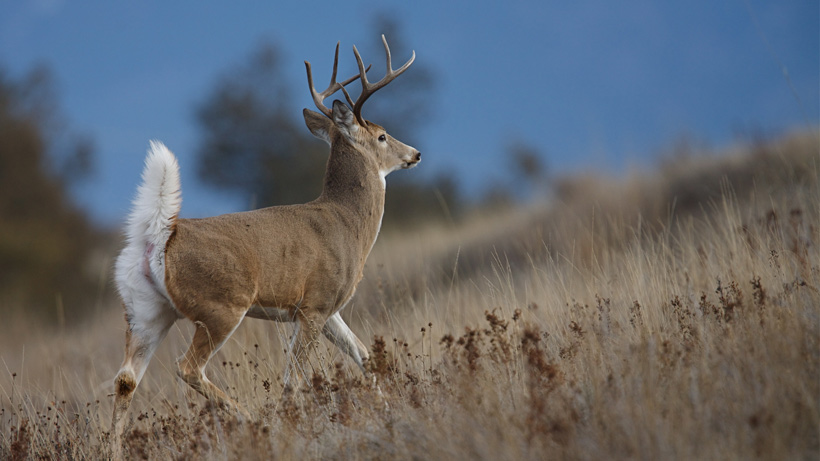 A Missouri judge came up with a creative punishment for a recent poacher. Along with the usual fines and revoked hunting privileges, David Berry Jr. must also watch the Disney classic, Bambi, once a month during his year-long jail sentence with his first screening scheduled to occur by Dec. 23, 2018. This is a result of Berry’s “scheme to illegally kill hundreds of deer,” the Associated Press reports.

State conservation officers say it is one of the largest poaching cases in Missouri history. The nearly nine-month-long investigation conducted by state, federal and international agencies included cases in Kansas, Nebraska and Canada, according to the St. Louis Post-Dispatch.

“The deer were trophy bucks taken illegally, mostly at night, for their heads, leaving the bodies of the deer to waste,” said Don Trotter, the prosecuting attorney in Lawrence County.

Trotter told the St. Louis Post-Dispatch that “investigators believe some of the heads were stuffed and mounted for sale.”

The investigation against Berry began in 2015 after an anonymous tip was reported to the Missouri Department of Conservation. The resulting investigation led officers to 14 residents who now face more than 230 charges in 11 counties, according to the Associated Press.

Berry was sentenced to 120 days in jail for a firearms probation violation as well as a year in jail in Lawrence County after pleading guilty to taking wildlife illegally in there. Combined, Berry, his father (David Berry Sr.), his brothers (Eric and Kyle Berry) and another man (Jeremiah Cline) paid a total of $51,000 in fines and court costs, the Associated Press reports.