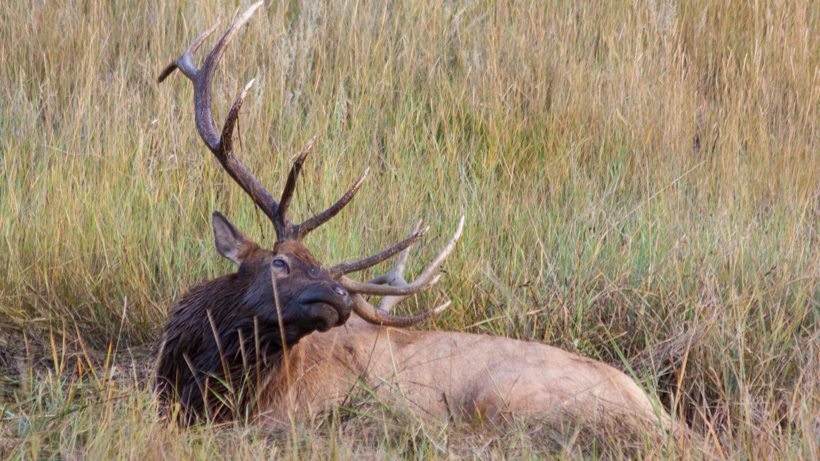 Missouri hunters may get a chance to hunt elk if the Missouri Department of Conservation (MDC)’s proposed limited elk hunting season is approved. The proposal has already been approved by the Commission and is now moving onto the public comment period.

According to KSDK.com, the plan allows for hunting elk as soon as the herd reaches a minimum of 200 animals. Right now, the herd is at about 175 animals and MDC believes that based upon the annual herd growth rate of about 10%, that should happen by 2020. As a result, MDC has proposed offering a nine-day archery season for elk, which would run Oct. 17 to 25, 2020, and a nine-day firearms season, which would run Dec. 12 to 20, 2020.

“If the elk population is below desired numbers in early 2020, the Conservation Commission may choose to not open the online application process or issue any permits for a fall 2020 hunt,” MDC Elk and Deer Biologist Aaron Hildreth said. “We will then focus on 2021.”

According to KSDK.com, the goal is to reach a population of 500 elk and then use hunting to help keep the herd size and location manageable. As goHUNT previously reported, elk were once native to Missouri, but overhunting and habitat destruction decimated the herds in the 1900s. Today, thanks to reintroduction efforts, the current population is approximately 175 elk strong with 130 adults and roughly 40 calves. The expanding herd now roams portions of Carter, Reynolds and Shannon counties, which are comprised of roughly 80% public land “interspersed with tracts of private property,” according to KSDK.com.

As of this publication date, the number of permits that will be available has not yet been decided. Permits would be for residents only and MDC would reserve at least one permit from the random annual lottery for a resident landowner.

“The allowed hunting methods for each season will be the same as for deer hunting,” said Hildreth. “The permits will allow for the harvest of one bull elk with at least one antler being greater than six inches in length. Successful hunters must Telecheck their harvested elk, like for deer.”

You have until Aug. 31, 2019 to comment on the proposed elk hunting plan here. Per KSDK.com, please refer to the specific rules when commenting: