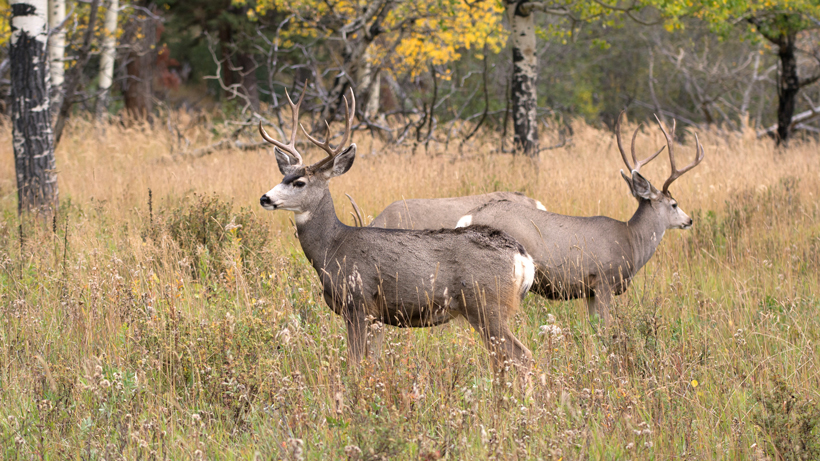 Mule deer populations are on the rise in western North Dakota with the most recent count showing an increase in overall numbers across the Badlands. The North Dakota Game and Fish Department (NDGFD) completed its annual spring mule deer aerial survey in April, counting a total of 2,364 mule deer in a 267-square-mile area. The count marks a 7% increase in population compared to 2019, The Bismarck Tribune reports.

“Mule deer have recovered nicely across the Badlands following the winters of a decade ago,” Big Game Management Supervisor Bruce Stillings said. “But long-term challenges remain for further population growth, including predators and weather patterns, and changes in habitat.”

Right now, based upon the current tally, NDGFD says that mule deer populations are over objective, leading to good hunting opportunity in the northern Badlands, according to The Bismarck Tribune. Licenses are steady across the state for bucks and does. However, in Unit 4B, there will be more licenses available while in Unit 4D tags will be reduced.

Williams said that “it’s not uncommon when we see a slight increase (in population) to stay conservative for a year before bumping licenses.”