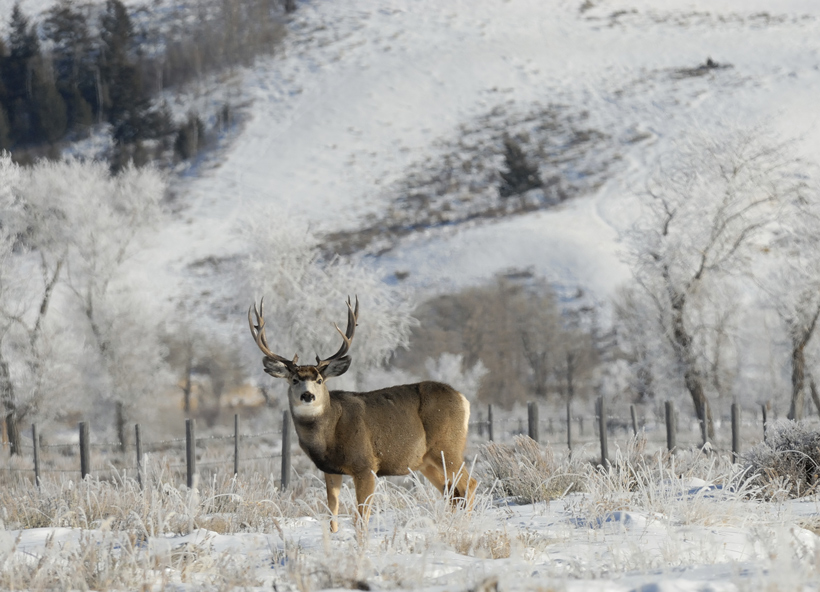 For the first time in history, wildlife researchers have mapped migration routes for five of Wyoming’s big-game species. The findings shed valuable light on animal behavior and validate the importance of designated wilderness areas.

Researchers from the University of Wyoming (UW) teamed up with cartographers at the University of Oregon to explore the migration of elk, mule deer, moose, bighorn sheep and pronghorn. Much of the research focused on migratory routes in and around Yellowstone and Grand Teton national parks in northwest Wyoming.

The project is part of the Atlas of Wildlife Migration, a continuing effort to document the long-distance migration patterns of big game species between summer and winter ranges in Wyoming. While big-game migrations continue to disappear across the world, many still remain intact in the open landscapes of Wyoming.

Matthew Kauffman, a UW professor who led the project, says that researchers have always known that undeveloped habitat is important for big-game species, but the new data sheds light on just how critical it really is.

“We have known for years that undeveloped habitat is crucial for the West’s iconic big game species, but this new compilation of data shows in detail the extent to which these animals migrate through habitats designated as wilderness,” Kauffman explains. “As we mark the 50th anniversary of the Wilderness Act, this information illustrates the benefits of those actions taken five decades ago for these important wildlife species and the migration corridors they depend on today.”

Using GPS collars to follow the animals and new cartographic techniques to map the movements, researchers were able to visualize the detailed GPS data in maps. The maps clearly showed the newly discovered routes and movement patterns within the complex landscapes through which the animals migrate.

“Creating compelling maps that get at the heart of these magnificent migration stories is our goal as the cartographers on this project,” says James Meacham, executive director of the UO InfoGraphics Lab, which provided the technology to create the maps.

More specifically, the results showed that:

Migration is imperative for big-game species’ survival. This is especially true given the recent surge in energy development in formerly untouched areas.

“Without migration, Wyoming would not be able to support nearly as many big game as we have today. These animals have it hard enough as it is, and any sort of human development affects their health and numbers. Wilderness provides a sanctuary by minimizing human impacts,” contends Zach McDermott of Jackson, an avid hunter in the Bridger-Teton National Forest. “Backcountry hunting is a long-standing tradition and an important economic driver for the state, and designated wilderness makes it possible for that tradition to continue.”

While the current mapping effort undoubtedly supports the importance of designated wilderness, researchers also note that private, state and non-wilderness federal lands are crucial for migrating animals in the region.

“To assure the future health of these herds, land managers and others must look at ways to keep these migration corridors intact across a variety of landscapes, not just wilderness,” Kauffman maintains. “The goal of this new mapping effort, and the short film, is to make research about these migrations more accessible -- and more useful -- to people working to manage and conserve these herds and their habitats.”