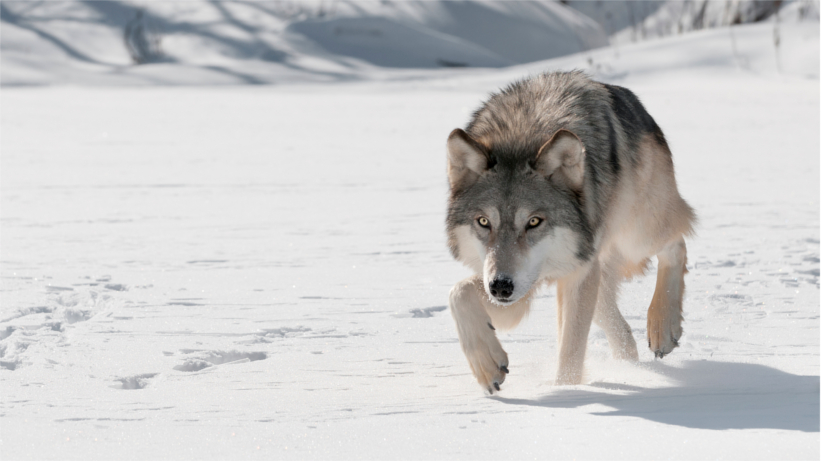 Michigan’s wolf hunting law was ruled unconstitutional by the Michigan Court of Appeals last week. This ruling means that the 2014 law that previously permitted wolf hunting within the state (should the animals ever be officially delisted from Michigan’s Endangered Species List) is no longer valid.

Gray wolves have managed to maintain a sustainable number within the state despite the first and only wolf hunt held in late 2013 where 23 wolves were killed; there are approximately 3,700 wolves in the Western Great Lakes population and 630 of them reside in Michigan, according to MLive.com. Last week’s decision was met with great approval by the group Keep Michigan Wolves Protected (KMWP) that had argued that the hunting law was misleading and the language stressed to those asked to sign in support promoted free licenses for veterans and protection against invasive species. KMWP say that signers did not know that wolf hunting was part of the package.

Because of the way the law was promoted, the judges on the panel agreed with KMWP, writing that “we cannot presume that the Legislature would have passed PA 281 without the provision allowing free hunting, trapping, and fishing licenses for active members of the military.” Misleading language in a law is good cause for termination of the entire law and the rationale behind labeling the act as unconstitutional.

“We are delighted the court has rejected the legislature's outrageous attempt to subvert the will of the people of Michigan, and declared unconstitutional the legislature's attempt to force a wolf hunt,” KMWP director Jill Fritz told MLive.com. “This ruling restores the people's decision, in two statewide votes, overwhelmingly rejecting the trophy hunting and commercial trapping of the state's small population of wolves.”

KMWP supports the downsizing of wolves, which would allow for lethal removal of problem animals without an open hunting season. Current protections only allow for killing a wolf if it attacks a human.