Michigan to move forward with labeling wolves as “game species” 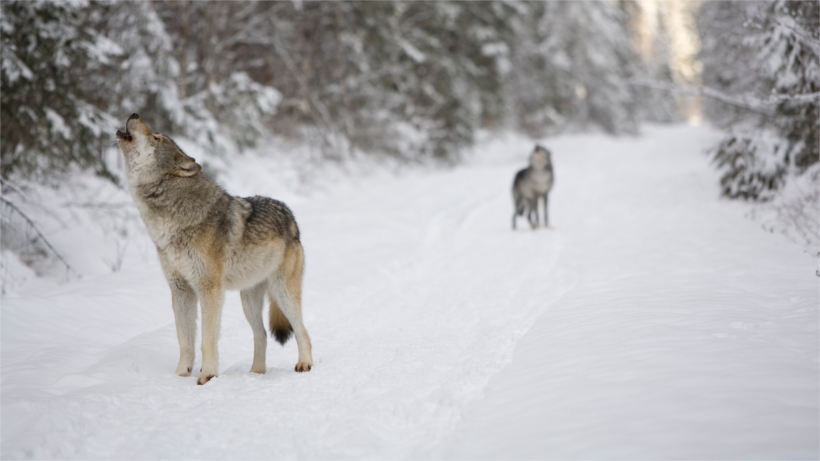 Will wolf hunting be allowed in Michigan? State lawmakers appear to support the notion despite a recent decision by the Michigan Court of Appeals that ruled the state’s wolf hunting law unconstitutional due to misleading language. A new bill, which designates wolves as a game species, has been already been approved by both the Michigan House of Representatives and the Michigan Senate and marks the fourth time lawmakers have tried to push the decision forward.

According to the Iron Mountain Daily News, the bill would “define wolves as a game species and authorize the Natural Resources Commission to designate game, consistent with sound scientific wildlife management.” Current tallies count more than 600 wolves within the state and approximately 3,700 wolves in the Western Great Lakes population, according to MLive.com. Michigan’s first and only wolf hunt was held in 2013. The ongoing debate over whether or not to delist the Great Lakes wolves from the endangered species list has halted any further hunts.

While wolf hunting is somewhat controversial, rural areas within the state are impacted by the predators.  Sen. Tom Casperson (R-Escanaba), the bill sponsor, says that those who previously voted against the bill were “non-rural voters who defeated the wolf-hunting laws” because they “were influenced by a multimillion-dollar TV ad blitz backed by the Humane Society of the United States.”

Whether Casperson’s statement is true or not, it doesn’t matter as state lawmakers seem to be collectively supportive of wolves being designated as a game species. The final vote on the issue will be held later this week.