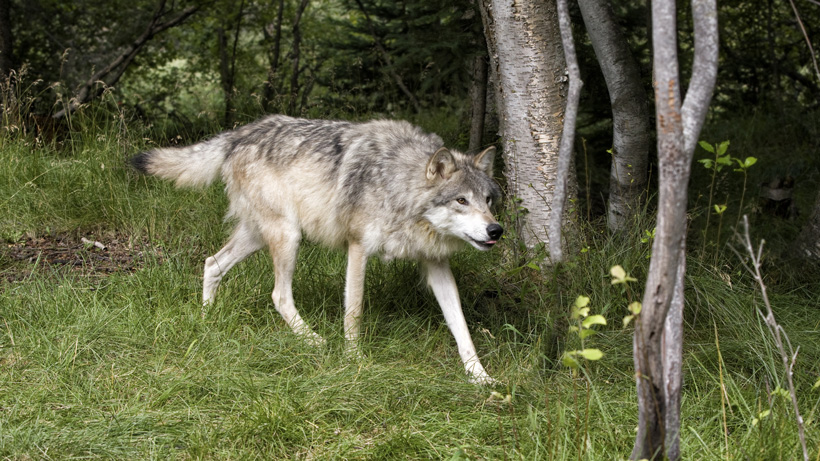 This week, Michigan released its draft wolf management plan. The plan, which includes up-to-date scientific research, allows for a possible wolf season should federal protections end. But including the language in the draft plan doesn’t mean a hunt will necessarily ever happen.

“It doesn’t say we’re going to have a hunt. Well, it doesn’t preclude a hunt either. It just spells out the steps that we would do if we were given that opportunity and that charge from the (Natural Resources Commission),” said Brian Roell, a Michigan Department of Natural Resources (MDNR) wildlife biologist and wolf specialist.

The draft plan clearly outlines nonlethal methods of dealing with problem wolves that range from flashing lights and loud sounds to even guard dogs and donkeys along with ways to “maintain a viable wolf population, facilitate benefits of the species, minimize conflicts with livestock and pets, and look after the state’s wolves in ways that are ‘science-based and socially responsible,’” according to MLive News.

The rationale behind holding a hunting or trapping season wouldn’t be held to help with wolf conflicts, said Roell.

“We don’t believe that hunting wolves on a broad-scale range necessarily will help mitigate livestock depredation,” said Roell. “What we’re seeing is it’s not the wolf population that’s the reason for an increase in livestock depredation. It is the pack of wolves at a much smaller scale. So, if you have a hunt and you don’t affect the wolves that are the ones causing the problem, you won’t change the depredation.”

There are currently about 700 wolves that live in Upper Michigan. Because the animals are protected under the federal Endangered Species Act, federal law prohibits killing a wolf until it is attacking a human.

This is the third version of the Michigan wolf management plan. MDNR is accepting comments through Aug. 4.