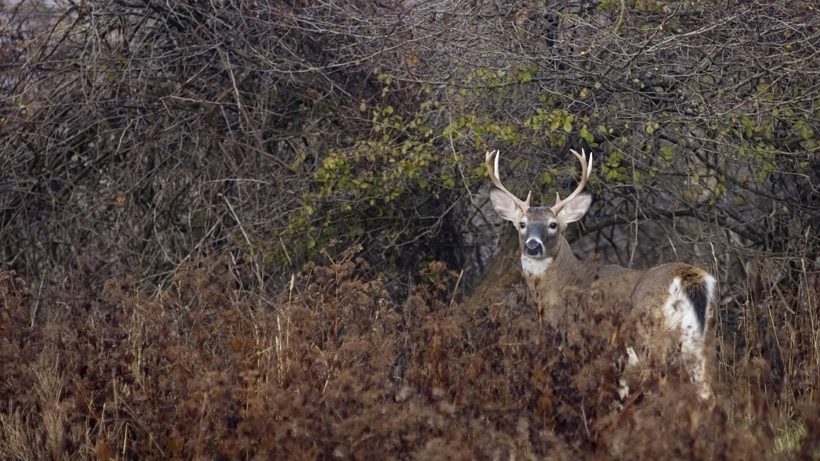 There’s a lot of things you can blame on your wife, but poaching a deer isn’t one of them. A Michigan hunter was recently charged with illegally killing a whitetail deer—a spike horn buck—in Lake County. Michigan Department of Natural Resources (MDNR) officers investigated the man after receiving a tip that a hunter “was over-baiting in Lake County in Lake Township near Baldwin,” the Cadillac News reports.

Conservation Officer Josiah Killingbeck located the hunter in question; however, when asked about the poached deer, the hunter decided to try an unusual tactic: blaming his wife. According to the Cadillac News, the hunter told Killingbeck, “The honest-to-God truth is that my wife wants deer meat and if I come home without any she’ll get really mad at me.”

Yet, the investigation uncovered an overly-abundant bait site, blood and drag marks in fresh snow, indicating that the hunter had shot the spike horn over the bait pile and moved it to another location. Additionally, Lake County has specific antler point restrictions, requiring bucks to have three or four points on one side to make them legal—the spike horn didn’t have branching antlers, which made it illegal.

Skeptical of the hunter’s reasoning behind the buck kill, Killingbeck visited the man’s house, finding the spike horn behind it. “Enforcement action was taken,” according to the Cadillac News.