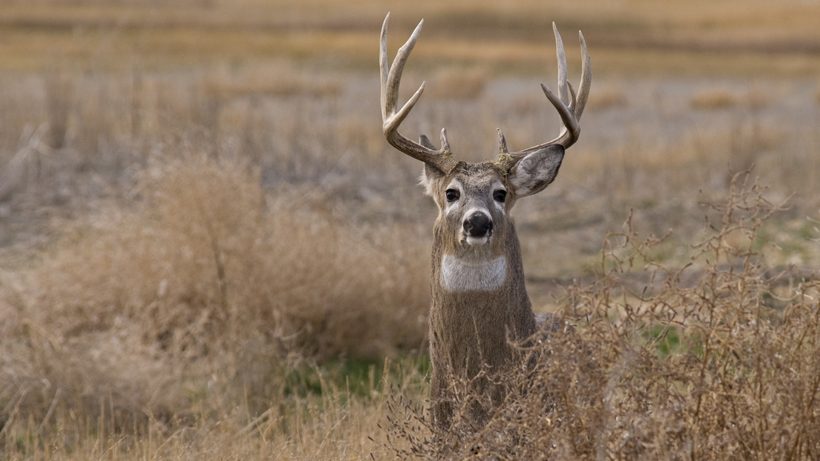 Monday, Nov. 15 was opening day for rifle season in Michigan and this whitetail deer found an interesting place to hide. The 10-point buck was discovered leaping around Grace Sturgis church by Pastors Amanda and Luke Eicher and Justin Wickey, according to the Associated Press.

Was it seeking sanctuary in the southern Michigan church?

“I was just shocked by how high he could jump,” said Amanda Eicher. “I was amazed at how big he was.”

The church posted this video on Facebook, which shows the buck inside the church, obviously trying to figure out how to get out, climbing stairs as it searched for an escape. After a few minutes, the buck was able to leap out a window and back into safety. While the incident certainly gave all involved a bit of excitement, the deer appeared to be unharmed and the only damage was a bit of blood on the carpet after the animal broke through the window.

“We all need reasons to laugh, especially with the hard seasons from the past two years,” said Eicher. “I’m glad we could provide some laughs.”