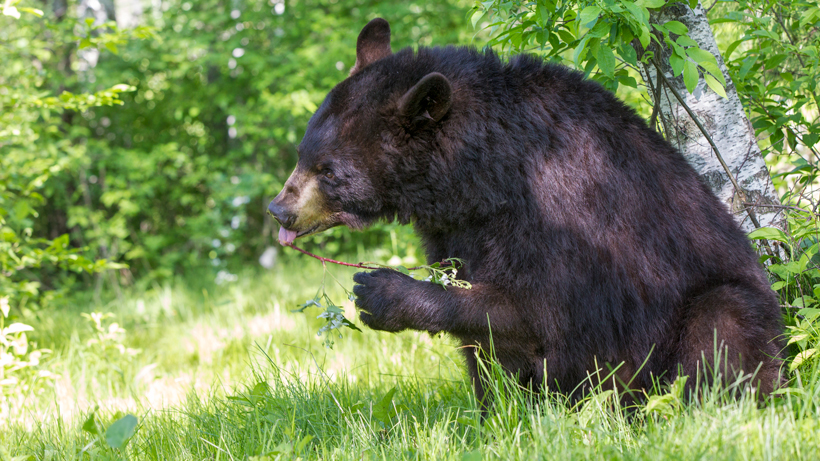 Even animals can get homesick. Just ask this Michigan black bear. After being relocated to the Alpena area due to repeat bird feeder and trashcan visits, the animal traveled about 90 miles to return to its home territory within Grand Traverse County, MLive reports.

The bear was relocated less than two months ago. After several attempts, Michigan Department of Natural Resources (MDNR) officials were able to capture the problem bear in April. Luring him with birdseed – apparently one of his favorite snacks – MDNR officials were able to collar him and give him a lip tattoo and ear tag before dropping him off in “the less populous eastern Lower Peninsula.” MDNR then used weekly plane flyovers to keep tabs on the bear before heading back west, according to MLive.

“For some reason he likes the Lake Michigan coast,” said Steve Griffith, a wildlife biologist for the DNR’s Traverse City office.

While MDNR knows he’s back on his home turf, so far there’s only been reported sightings of the ear-tagged black bear – no birdfeeder or trashcan raids yet.

According to MLive, about 10,000 black bears reside in Michigan’s Upper Peninsula with another 2,000 in the Lower Peninsula.