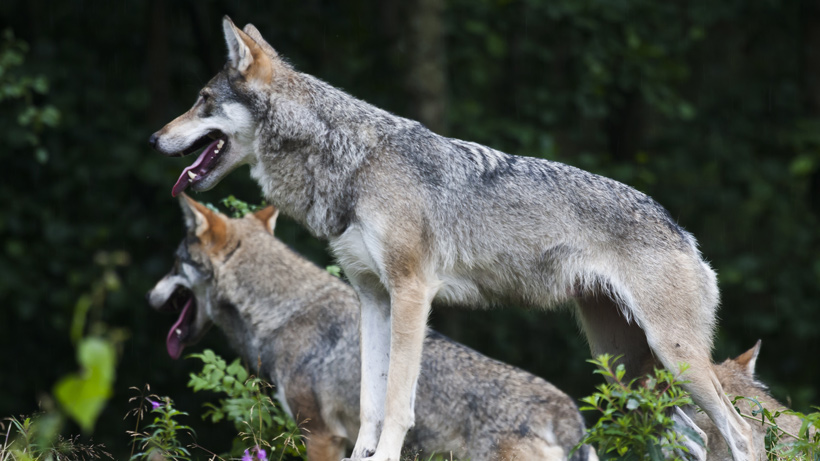 There’s a fine line between fact and fiction, especially when it comes to as controversial a subject as wolves. Last week, Michigan Department of Natural Resources (MDNR) Wildlife Biologist Brian Roell talked about these distinctions during his presentation entitled, “Michigan Wolves: Myths vs. Facts.” Roell pointed out that there were two clearly divergent sides to the wolf issue: those who want to protect them and those who “want every wolf dead,” The Mining Journal reports.

“Both sides are equally guilty of using facts and myths incorrectly,” said Roell, noting that the MDNR often feels stuck between both sides of the argument.

Roell acknowledged that clearly identifying a wolf can be tricky and it was important to know the differences between a coyote and a wolf. He also pointed out that the current Michigan-based myth of a wolf-coyote super breed and the idea that wolves and coyotes were interbreeding was completely false.

“Generally, wolves kill coyotes anytime they get a chance,” said Roell, who also briefly touched on the controversial issue of whether wolves should retain federal protections. He also questioned whether the issue of a wolf hunt boiled down to “a recreational opportunity or a conflict resolution of one?”

According to The Mining Journal, the current wolf tally was completed last winter and MDNR wildlife biologists estimate that are roughly 662 wolves within 139 packs across the Upper Peninsula. Last August, a federal judge returned federal protections to the Great Lakes wolves that live within Michigan, Wisconsin, and Minnesota after ruling that the government had acted prematurely when it removed wolves from the endangered species list.

In Michigan, wolves are only allowed to be killed in self-defense.