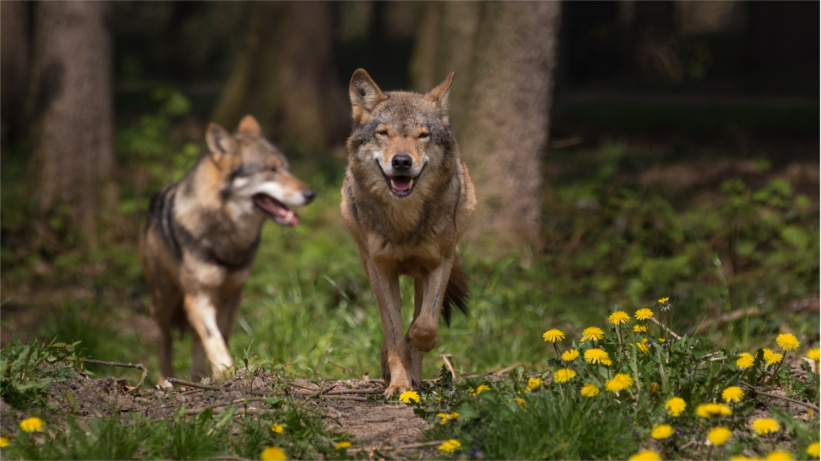 Two decades ago, the federal government began an intensive recovery effort for Mexican gray wolves, which involved major reintroduction efforts within the southwest portion of the U.S., primarily along the Arizona-New Mexico borders. Last week, the U.S.  Fish and Wildlife Service (FWS) announced that the recovery effort has been successful with the 2017 survey showing an increase of 16 wolves since last year’s count.
“We are encouraged by these numbers. But these 2016 results demonstrate we are still not out of the woods,” FWS regional director Benjamin Tuggle said in a statement. FWS’s annual survey found at least 113 wolves within the southwestern portion of New Mexico and the southeast portion of Arizona, up from the 2016 tally of 97 documented wolves, according to The Durango Herald.

Good news; however, Tuggle says that “more work needs to be done to ensure the population grows by about 10 percent each year.”

In fact, FWS has plans to release two more packs of Mexican gray wolves to the region to keep packs healthy and limit inbreeding. Yet, the wolf release dates are not scheduled since New Mexico is currently battling FWS in court over the release of more Mexican wolves. According to The Durango Herald, New Mexico and 18 other states are waiting for the court to rule upon whether states have the right to determine how endangered species are reintroduced within their borders; federal law currently allows the government to circumvent state wildlife management if it’s necessary to save the species.

Mexican gray wolves fall within this gray area. Until the court makes a decision, no more wolves will be released into the wilderness within these states. FWS has been ordered to draft a wolf management plan and it appears that the court is waiting for FWS’s plan before making a final decision.