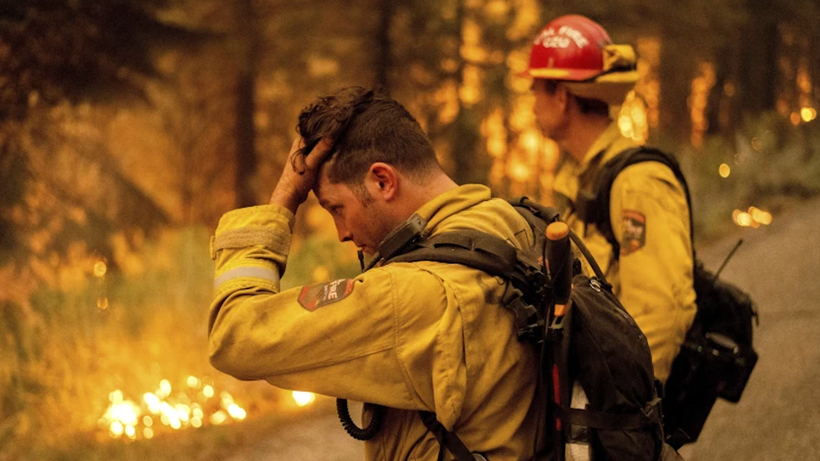 The Golden State is under fire as one of the largest wildfires of the year merged with another, resulting in new evacuation orders in Butte County, California. With 192,849 acres burning as of Sunday evening, the combined Dixie and Fly fires are spreading “rapidly to the north and east,” the Los Angeles Times reports.

It’s the perfect storm of hot, dry weather plus “record-dry vegetation, low humidity and gusty winds” that’s feeding the flames and destroying everything in its path, burning through residential areas and, so far, annihilating 16 structures. Damage assessment teams are still standing by to get into impacted areas to really determine how extensive the damage is. What’s worse is that current “unstable atmospheric conditions” could create a pyrocumulonimbus cloud, which is “capable of creating its own lightning,” said Luis Jimenez, public information officer.

“The whole thing is basically picking up and going, and we’re trying to get that box, trying to corral the fire,” said Jimenez. “It’s been like that since Day One.”

As of Sunday, about 5,022 firefighters were able to contain about 21% of the fire (up from 14% the previous day), “with most of the progress at its heel near where it started,” said Jimenez.

While the exact cause of the wildfire is still to be confirmed, Pacific Gas & Electric Co. said that its possible that its equipment “sparked the fire in Feather River Canyon on July 13,” however, the flames were not discovered until nine and a half hours later, according to the Los Angeles Times.

What does this mean for area wildlife? Stay tuned to goHUNT for further updates.