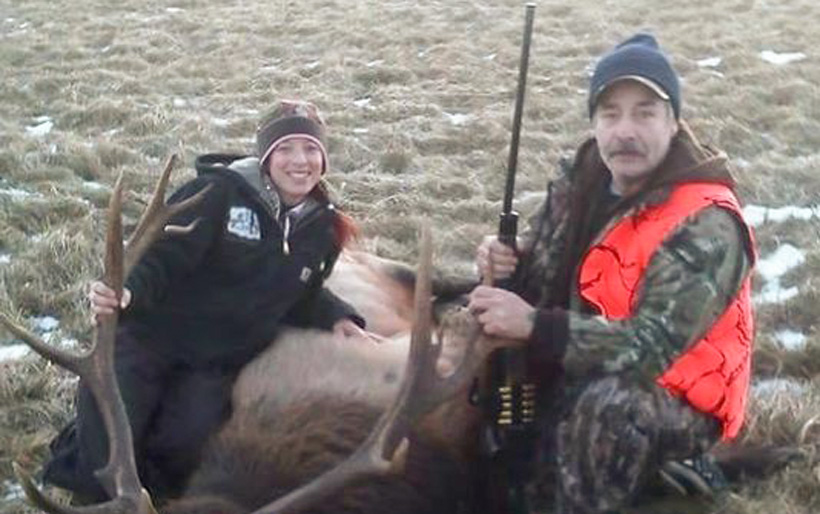 Jenn Drake grew up hunting with her family in Indian River, MI, harvesting game as a means to survive within the rural town nestled between Burt Lake and Mullet Lake in northern Michigan. Schooled in tracking by her father, Drake found that she had a natural knack for guiding and helped friends on elk, coyote, and whitetail deer hunts for years before deciding to become a guide professionally. Her decision makes her the first and only female guide within the state.

According to the Detroit Free Press, Drake’s path wasn’t an easy one. After beating two types of cancer and completing major rehab following a horse accident that left her with “broken ribs, crushed bone, torn muscle and two spinal surgeries,” Drake decided there was no time but the present to follow her heart and become a professional guide.

“It was the perfect opportunity. I couldn’t do any other kind of work. I always wanted to be a guide and I saw all the misfortune as my chance to pursue that do that,” Drake told the Detroit Free Press.

Her skills are homegrown, honed by both her father and her uncles; her first gun – a .410 shotgun – was given to her by her mother.  She later moved onto a .22 mag rifle, then her uncle’s 6mm Remington Model 788, which she used to shoot her first deer. While she’s been passing on her skills to her own children, she also wants to help others, not just by guiding, but by teaching.

“A lot of the guides just take you out there and put you on an animal,” says Drake. “I want to teach people to find the animal, so when they’re done with me they can learn to do it on their own.”

The next step for Drake is having the guiding – and hunting – communities take her seriously.

“The biggest obstacle was getting people to have faith in me because I’m a girl. A lot of men don’t believe that I can hunt as well as I can,” says Drake. “The only way to do it is to show them. I have pulled out a nice buck every year and taken people long enough that they’re getting the idea. I can’t wait to make this my profession.”