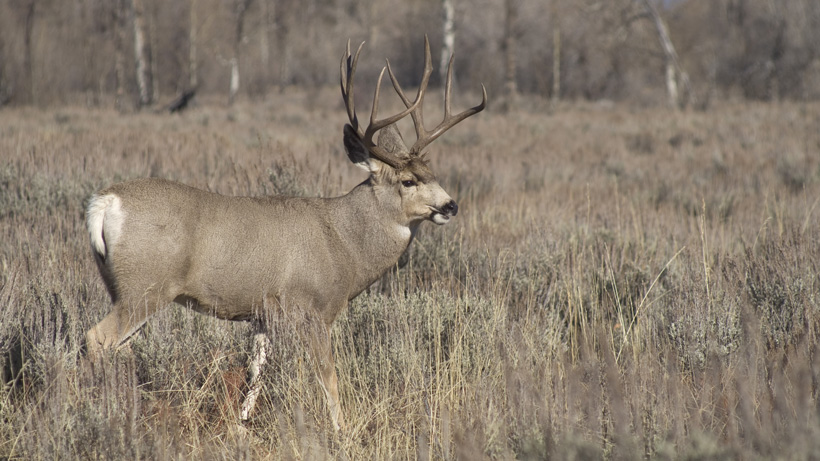 "Some mule deer herds were chosen because we already have good historical information on CWD prevalence, and we wanted to test whether CWD prevalence has changed over time," Mike Porras, CPW northwest region spokesman, told the Post Independent.

Within Colorado, nearly half of the deer herds and one-third of the elk herds are infected by the disease and CPW wants to keep tabs on the disease’s reach across the state. If CWD becomes too widespread, it’s possible that “the population may not be able to sustain itself,” the Post Independent reports.

As goHUNT has recently reported, CWD could also infect humans. Prior to this research, it was thought that CWD could only infect cervids. Biologists caution hunters to handle meat carefully while field dressing and to make sure to “wear rubber gloves and minimize the use of a bone saw to cut through the brain or spinal cord” as well as keep any contact with organs and other tissues to a minimum, according to the Post Independent. 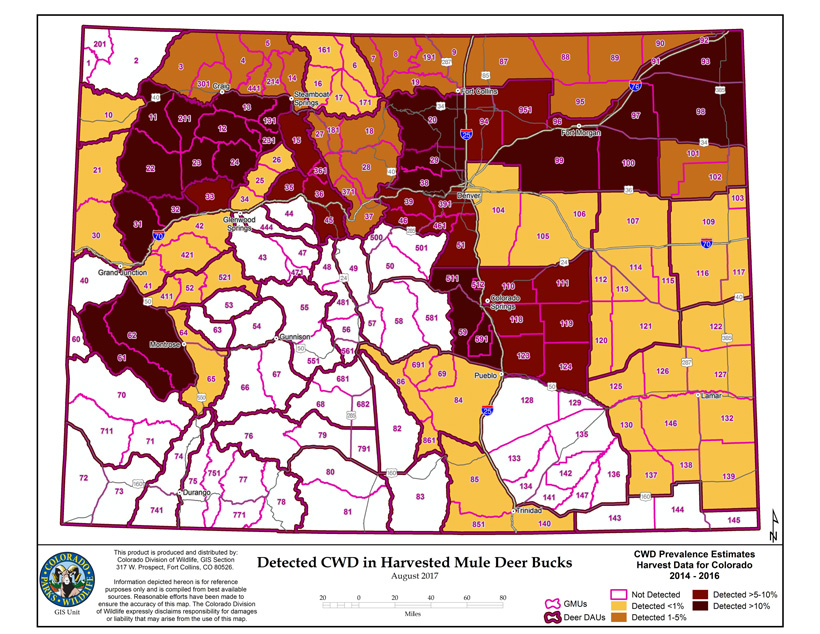 If you drew a license for the hunt codes where testing is required, CPW did send out notification letters about this new requirement; however, due to outdated addresses, of the roughly 8,700 hunters contacted, only about 8,500 likely received letters. Failure to submit a sample results in a fine and five suspension points on your license. If you harvest a deer in the selected areas, you will have five days to turn over the animal’s head for testing.

“The samples used for testing can be collected without damaging the cape or mount,” says Porras. “There may be some resistance from hunters because at times of high submission rates, hunters may have to leave their deer head for sampling and come back the following day to pick it up, which might be an inconvenience. CPW will work to minimize such inconvenience.”