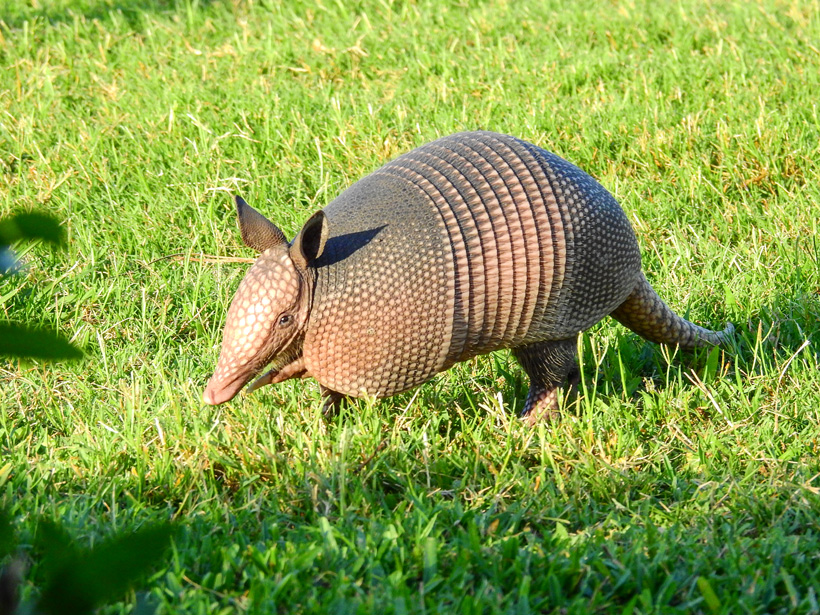 In a surprising turn of events, an unidentified East Texas man now has his jaw wired shut and is in serious condition after his bullet ricocheted back and hit him in the face after shooting at an armadillo.

According to Reuters, the armadillo appeared on his property around 3 a.m. on Thursday last week and the man opened fire. Armadillos have hard shells as part of a natural defense mechanism. For this animal, it definitely worked to its advantage as its shell deflected at least one of the three bullets shot at it, which then hit the Marietta, Texan man square in the jaw.

"His wife was in the house. He went outside and took his .38 revolver and shot three times at the armadillo," says Cass County Sheriff Larry Rowe.  The man was airlifted to a nearby hospital and the whereabouts of the animal is unknown.

While armadillos may be a neighborhood nuisance by causing damage to lawns or landscaped areas through excessive digging, it may be better to call an expert next time to trap it instead of trying to take control of the situation with a handgun.