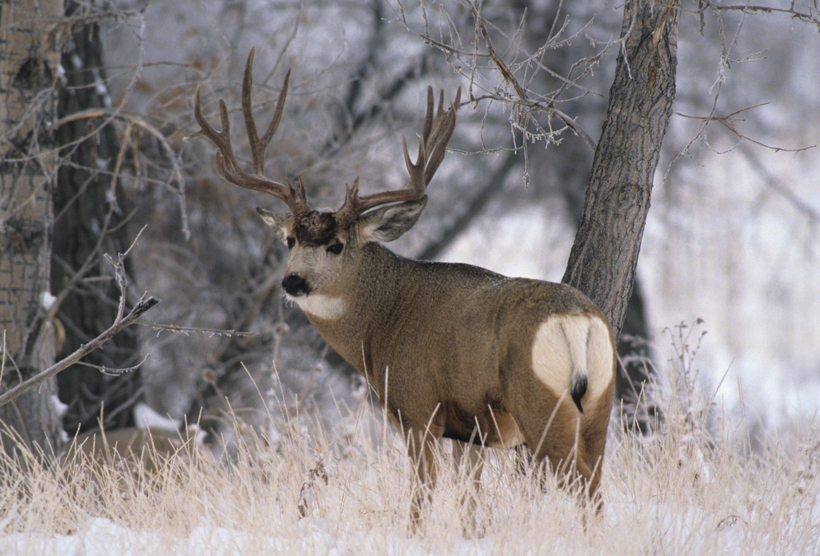 Thanks to a tip made on the Wyoming Game and Fish Department’s Stop Poaching Hotline, authorities have apprehended a man on multiple counts of taking big game animals without licenses.

The tip led investigators to a social media site where 47-year-old John Clark had posted photos of the animals he shot, including one of a buck antelope that he said was his “first antelope with a bow,” according to Cheyenne Game Warden David Ellsworth.

Officials immediately began investigating Clark, and before long, discovered that he had never purchased a hunting license for at least six big game animals that he killed between 2010 and 2013. Investigators obtained a search warrant for Clark’s residence where they found antlers and horns from the illegally taken animals. They also found a pelt from a swift fox and talons from great horned owls and golden eagles.

Clark admitted to killing a mule deer buck each year from 2010 to 2013 and each time without a license. When the investigators asked him about the social media photograph of the antelope, he confessed that he had also shot the animal without a license in 2012. He then admitted to taking an additional buck antelope in 2010 and another in 2012.

The Honorable Robert A. Castor of the Albany circuit court ordered Clark to pay $30,240 in fines and suspended his hunting, fishing and trapping privileges for 36 years. The prosecution dismissed four charges of illegal game possession.

Ellsworth expressed sincere gratitude to the Wyoming Game and Fish Wildlife Forensics for their help in identifying the species and gender of the game meat found in Clark’s residence during the investigation. He also thanked the Albany County Attorney’s Office for their dedication to bringing poachers to justice.

This case not only indicates the prevalence of poaching, but also demonstrates the importance of poaching reports from the public.

“This whole investigation got started with a Stop Poaching tip. It stresses how important it is for members of the public to contact us if they have any information about possible poaching crimes,” Ellsworth stated.