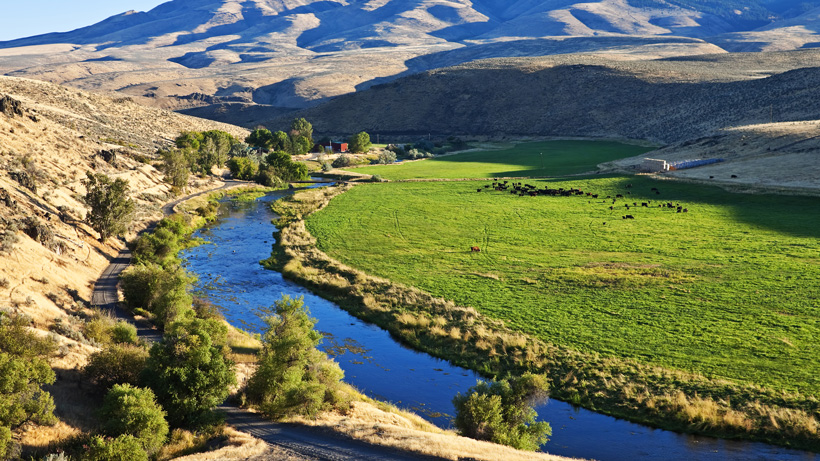 Two summers ago, on his walk along the Powder River, an angler stumbled upon several over-sized bones poking from the riverbank. Intrigued, but not swayed from his fishing focus, the man reported his location to the Carter County Museum after confirming his coordinates on Google Maps, the Great Falls Tribune reports. Interested in checking out the man’s discovery, the museum contacted the property owner, Montana cattle rancher Lee Randall; Randall immediately went to the river to check out the discovery.

“I went out, started hunting trying to use the landscape and the map he drew for me,” Randall told the Tribune. “That was a fun little caveat.”

Soon, Randall and the team of paleontologists sent from the museum found what they were looking for: large bones that appeared to be ribs poking through the riverbank. Yet, due to timing (they made the find in late summer), the team decided to leave the bones undisturbed; they would come back the following summer to see what it really was.

“The anticipation of it — it's something that's been on my mind all summer long,” says Randall. “I was optimistic, but I wasn't trying to set myself up for disappointment either.”

Montana is a known hotspot for fossils and artifacts. In fact, Eastern Montana has “produced several different dinosaur remains, including the most complete juvenile tyrannosaurus ever found,” according to the Tribune. The Carter County Museum is unique, too. It is the first facility in the state to showcase dinosaurs and current exhibits include a complete duckbill dinosaur and a full triceratops skull.

Last weekend, Randall and the team of paleontologists got their dessert: the bones turned out to be from a Columbian mammoth, which experts estimate to be between 20,000 and 10,000 years old; the tusks and skull were “largely intact” and the molars were “captured in the process of revolving a new set,” the Tribune reports. 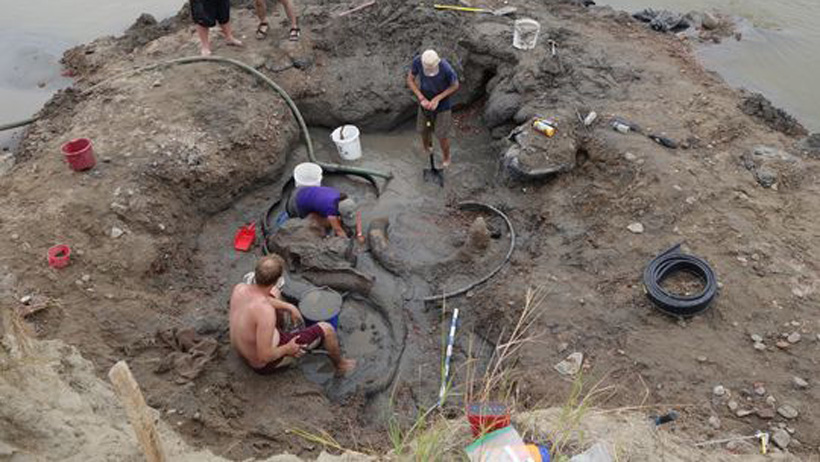 “Something that complete is pretty rare for the area,” says Randall, who has done paleontology field work since 2004. “If you look at the date for a similar environment and basic region or basin, then you’re looking at the 10,000-to-20,000-year range. But we won’t know that until we get it dated. It’s not the most complete mammoth in Montana, but the really fun parts are there.”