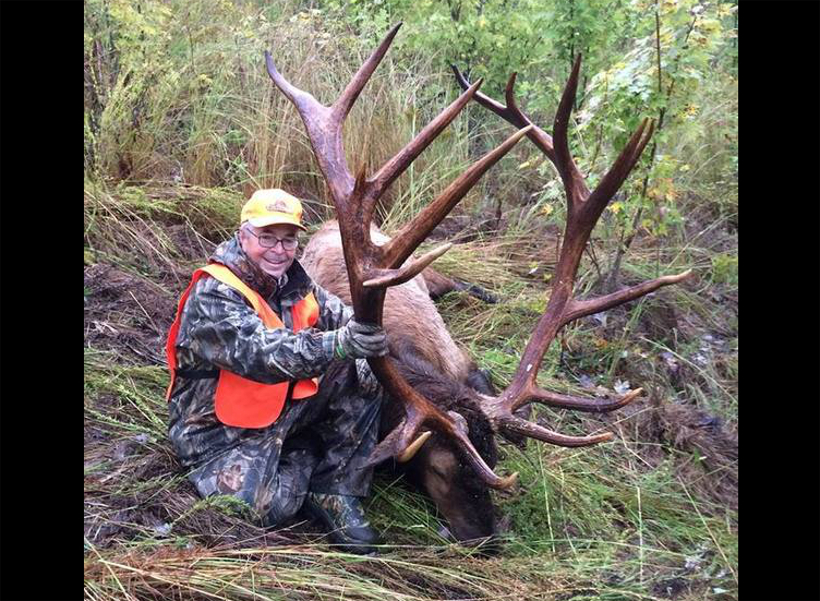 Fifteen must be David Giles’s lucky number. Not only did he finally draw a tag to hunt Kentucky’s elk lottery after 15 long years of waiting, but he also managed to harvest the new state record for non-typical bull elk. Giles must be one happy hunter.

The irony is that Giles wasn’t after a record bull, having previously only hunted turkey and deer. But with the help of guide Hurley Combes, Giles was able to take the animal on private land, making the 322 yard shot with a .300 Win Mag rifle on Oct. 3. They chose to hunt that specific property because Combes knew that large elk roamed the area.

“My intent was to get one, but not necessarily look for a record,” Giles told the Lexington Herald Ledger. “I don’t think either I or the guide knew it was as big as it was.”

While the men realized that the bull was a big one, they had to wait the required 60-day drying period before it could be officially scored. With nine tines on one side and eight tines on the other, Giles’s non-typical bull scored 377 5/8 based on the Boone & Crockett Club’s scoring system. The previous non-typical bull record was for an elk shot in 2009 that scored 372 6/8.

Elk disappeared from the Kentucky landscape in the 1840s due to unrestricted hunting and habitat loss.  A restoration program that relocated about 1,500 elk from six Western states between 1997 and 2002 has helped increase herd numbers within the state. Kentucky Fish and Wildlife Services spokesman Mark Marraccini says that there are now about 10,000 elk across 16 counties, which has led to limited hunting opportunities to help manage herds. 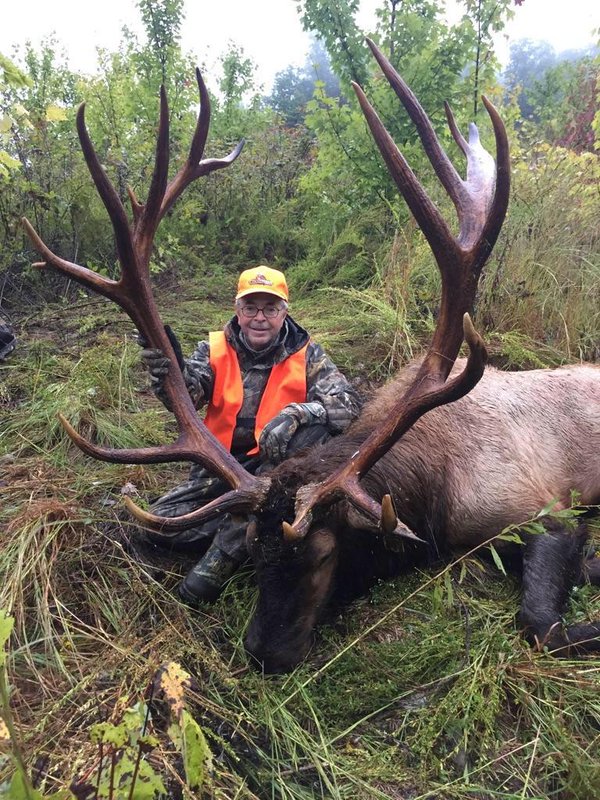 Giles plans to have a taxidermist mount the head on top of a whiskey barrel and has already distributed some of the 480 lbs of meat to relatives to enjoy.  “I’ve got it in several freezers,” says Giles. “I think we’ve got three kinds of roast: pot roast, chuck roast, rump roast. We’ve got three kinds of steak: T-bone, sirloin and ribeye. And we’ve got a lot of 1-pound bags of burger.”

Congratulations, David, on such an incredible trophy!