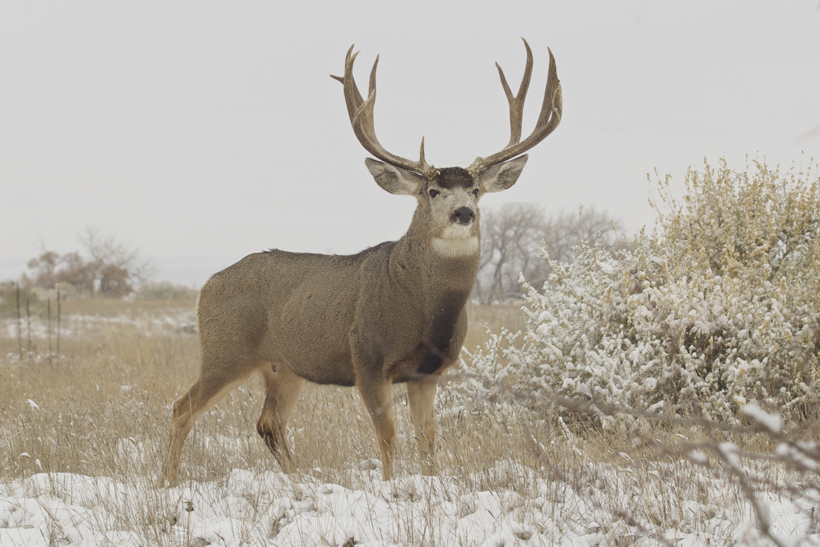 Two southeast Idaho men have lost their hunting privileges for life after authorities discovered one of the most shocking cases of poaching in the history of the state.

At a sentencing that concluded on Nov. 14, 2014, District Judge Dane Watkins Jr. found Adam Harris of Archer, Idaho and Brandon Harris of Ririe, Idaho, guilty of the illegal killing of at least 8 deer, one elk and a moose. Watkings sentenced the men with lifetime license revocations, jail time and fines totaling more than $100,000. 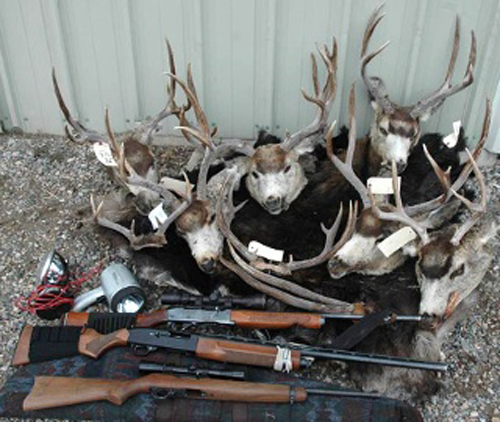 The investigation dates back to October of 2011, when Madison County Sheriff’s Deputies observed a vehicle spotlighting fields above Cress Creek Trail. The deputy attempted to stop the vehicle, but the suspects gave chase. Eventually, the vehicle became stuck in the snow, and the suspects exited and fled on foot.

With the help of Idaho Bureau of Probation and Parole and the Madison County Sheriff’s Office, conservation officers from Idaho Fish and Game began investigating.

What they discovered was an especially shocking case of poaching, as the animals were slaughtered at a time of year when they are vulnerable and concentrated on their winter range. The investigation also showed that several more animals were wounded and never recovered.

Adam Harris pleaded guilty to unlawfully killing or possessing a cow moose, a spike elk and at least five deer. He received a prison sentence of up to five years that will run concurrently with a previous prison sentence. Judge Watkins also ordered Adam Harris to pay a $500 fine for each count, a reimbursable damage assessment of $14,680 and slapped him with a lifetime revocation of hunting privileges.

Brandon Harris pleaded guilty to unlawfully killing or possessing a cow moose, a spike elk and at least eight deer. He was sentenced to an underlying sentence of two to five years, but was credited for his time served and allowed to continue his release from prison on parole. Judge Watkins also ordered Brandon Harris to pay $200 in fines for each count, a reimbursable damage assessment of $104,250 and issued a lifetime revocation of hunting privileges.

Poaching has become a serious issue in the state of Idaho. According to some state wildlife officials, poachers are likely killing more game animals than wolves are.

Officials say that the detection rate is realistically only 5%, meaning poachers are likely killing about 600 elk, 80 moose, 260 mule deer and 1,000 whitetail annually.

"It's real easy for people to blow a gasket about wolf predation," said Idaho Fish and Game District Conservation Officer George Fischer. "They are very passionate about it, they are very irate about it and they are livid about it. Yet there is a two-legged wolf out there that is probably killing as many or more than wolves. Wolves are causing an impact, there is no doubt about it; I don't want to downplay that at all, but two-legged wolves are probably killing more or stealing more game than wolves. That is the shock-and-awe message."