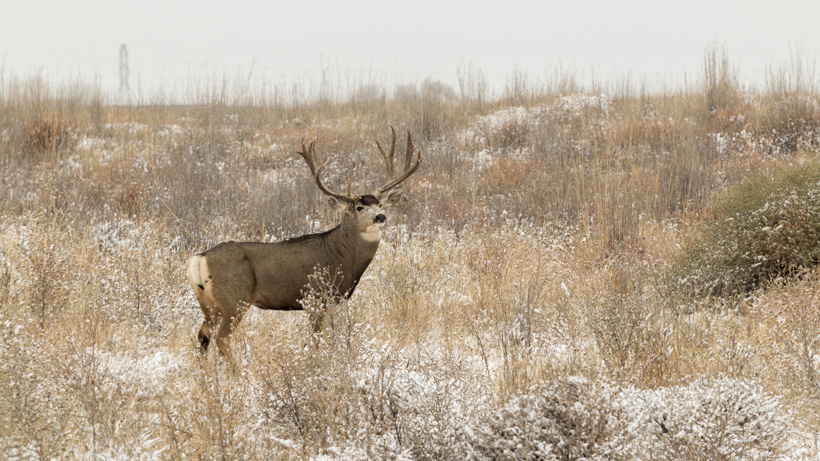 Chronic wasting disease (CWD) has not been found in any of the deer harvested during Montana’s “special” CWD hunt in northern Liberty County during opening weekend. Of the 50 deer taken that weekend, all have tested negative for CWD, the Montana Standard reports.

An additional 35 mule deer have been harvested since then and samples are currently being analyzed.

This is the second “special” CWD hunt and a total of 85 mule deer have been harvested since it began on Jan. 6. According to the Montana Standard, the “special” hunt will continue until either Feb. 15 or a 157-deer quota is reached. Anyone who kills a deer during this “special” hunt is required to submit a sample at an approved Montana Fish Wildlife and Parks (MFWP) check station, which includes the rest stop on U.S. Highway 2 in Chester, 314 E. Washington Ave., or the MFWP office in Havre, Montana.

As goHUNT previously reported, this “special” hunt is a result of CWD found in a mule deer in Liberty County following the 2017 general big game season. This confirmed case, which was discovered in a mule deer buck that was harvested in hunting district 401 on Nov. 12, was alarming because of the fact that it occurred significantly north of Carbon County, where the other confirmed cases occurred.

For all 50 deer to test negative for the disease is excellent news so far. Stay tuned to goHUNT as further details on the other laboratory tests are released regarding this “special” CWD hunt as well as the one occurring in the southern portion of the state.