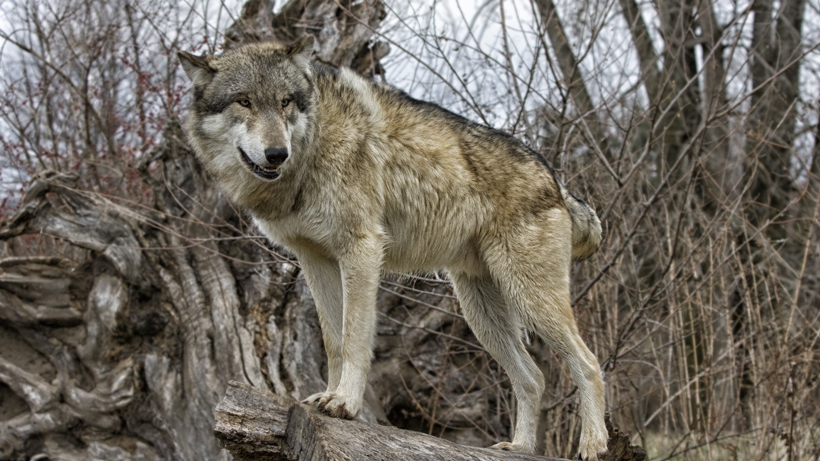 Last week, several wildlife advocacy groups filed a lawsuit against the U.S. Fish and Wildlife Service for its decision that delisted gray wolves earlier this month. With the removal of federal protections, management of the predators return to the states. The lawsuit, which was filed by Earthjustice on behalf of Defenders of Wildlife, the Center for Biological Diversity, Sierra Club, National Parks Conservation Association, Oregon Wild and the Humane Society of the United States, wants Endangered Species Act protections restored to the wolves, the Milwaukee Journal Sentinel reports.

“This is no ‘Mission Accomplished’ moment for wolf recovery,” said Kristen Boyles, Earthjustice attorney. “Wolves are only starting to get a toehold in places like Northern California and the Pacific Northwest, and wolves need federal protection to explore habitat in the Southern Rockies and the Northeast. This delisting decision is what happens when bad science drives bad policy.”

However, FWS said it delisted the wolves based upon the “best scientific and commercial data available,” according to Interior Department spokesperson Vanessa Kauffman.

“After more than 45 years as a listed species, the gray wolf has exceeded all conservation goals for recovery,” said Kauffman. “This action reflects the determination that this species is neither a threatened nor endangered species based on the specific factors Congress has laid out in the law.”

With wolves now under state management, state agencies could decide to hold wolf seasons, which would make it legal to hunt or trap them. While states like Michigan, Minnesota and Wisconsin have healthy wolf populations, they might not hold wolf seasons this year. However, with protections lifted, farmers or ranchers are able to use lethal control to remove problem wolves due to depredation.

The lawsuit, which was filed in U.S. District Court in northern California, alleges that “wolves remain threatened nationwide” and are still missing from “70% of habitat they once ranged,” according to the Milwaukee Journal Sentinel. The plaintiffs are requesting that the court “the court to vacate and remand the recent delisting rule because it “ignores the best available science, is arbitrary, capricious, an abuse of discretion, and contrary to law.’”

“Without (Endangered Species Act) protections in place, wolves will be exposed to fairly excessive hunting and trapping seasons in some states,” said Nicholas Arrivo, managing attorney for the Humane Society of the United States. “And, we know that the fragile populations in areas like the Pacific Northwest or the southern Rocky Mountains, where wolves are just only beginning to establish a toehold, we'll never be given a chance to fully recover.”