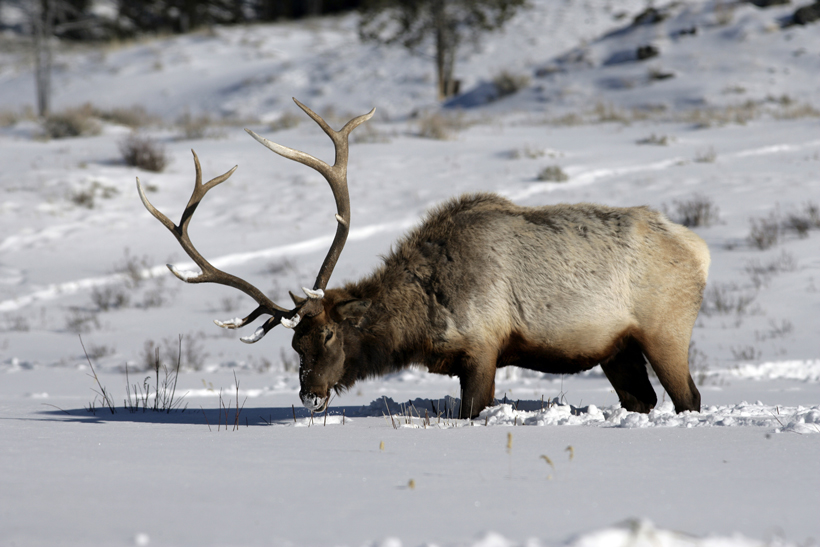 Montana lawmakers and landowners are teaming up to restore late season elk hunts in an effort to reduce prosperous elk herds despite opposition from hunters and other groups. Last week, Sen. Doug Kary (R-Billings) introduced Senate Bill 245, which would create a law that would allow the Montana Fish, Wildlife & Parks (FWP) Commission to designate districts where hunters could kill more cow elk during a late season hunt.

Many argue that the proposed bill aims to please landowners, who are upset that thriving elk herds are over-browsing their property. Landowners also suggest that elk pose a brucellosis risk in the region surrounding Yellowstone National Park. Hunters and other groups are opposed to the proposed bill say that late season hunts would be as ineffective as they were in the early 2000s. Opponents also point out that late season hunts can already be created by the Commission without the need for a new law.

According to FWP, elk populations are above target numbers that were set for its elk management plan, but late season hunts have historically not helped reduce numbers, which is why they were eliminated. Officials say that part of the issue with the overpopulation of elk is that pressure will occur on public land and elk will migrate to safer terrain, which is often privately-owned. Outfitters and landowners typically contract hunts on these properties, but the focus is on bull elk, not cows. Unless hunts are widely dispersed across both public and private land, a late season cow elk hunt will not remedy the problem. Former FWP Region 3 chief biologist Kurt Alt informed the committee that “none of the eight late season hunts he oversaw worked.”

“I’m as reluctant an opponent as they come,” says Chuck Denogh, spokesman for the United Property Owners of Montana, which typically sides with ranchers and landowners, but this time supports the hunting and sportsmen groups. “But we don’t think this bill accomplishes what is supposed to happen. Without any real teeth, we have no guarantees any of this will happen.”