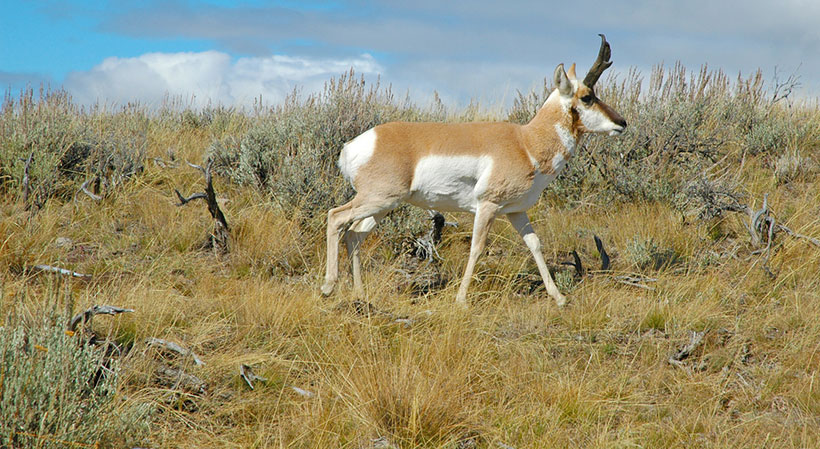 It was a hotel maid’s nightmare: a bloody bathtub with a partially butchered antelope. Yet the ironic twist to this unethical tale is that authorities only discovered the gruesome scene after investigating reports of marijuana smoke near the room. Unfortunately, deputies discovered another case of poaching instead.

The Nevada Department of Wildlife (NDOW) was notified at once.

"We knew almost immediately that this was an illegal killing," Lt. Fred Esparza, supervising game warden in Elko, told the Reno Gazette-Journal. "We weren't even close to legitimate hunting season and the facts around the case were suspicious from the first moment. Never in my career have I seen a legitimate sportsman butcher anything in a hotel bathtub."

Following the investigation, James M. Cummings of Las Vegas, NV, pleaded guilty this week to killing an antelope illegally in Lander County on July 21. NDOW believes that the animal was shot near State Route 305 between Battle Mountain and Austin.

According to the NDOW, Cummings was sentenced to three years of probation, a year of suspended jail time and had to pay more than $4,500 in civil and criminal penalties. He also lost all hunting, fishing and trapping privileges for five years along with the .300 caliber Winchester rifle that he used to shoot the antelope. An accomplice, who has not yet been identified, helped butcher it.

"This was a blatant act of poaching," says Tyler Turnipseed, Nevada’s chief game warden. "Cummings stole this animal from the people of Nevada. It was shot out of season, with no tag and no hunting license. There is no excuse for this kind of crime, and I’m delighted our investigation led to a successful prosecution."