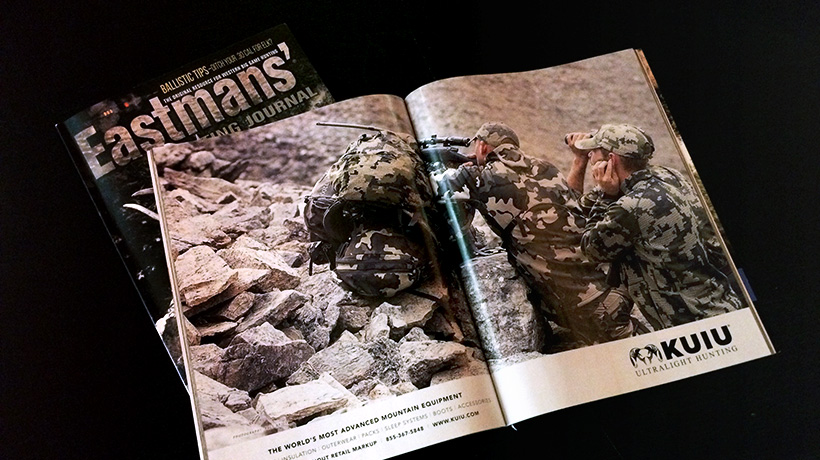 Advertising dollars are powerful: a way for companies to bring in customers and for the publications selling the ad space to make a few bucks. But, sometimes, a publisher's integrity may be called to question. According to a federal lawsuit filed today in the United States District Court for the Eastern District of California-Sacramento by KUIU Inc. and its founder Jason Hairston, Eastman’s Publishing, Inc. has allegedly been drawing more revenue from advertisers by touting inflated circulation numbers in order to increase advertising rates within its publications: Eastman’s Hunting Journal and Eastman’s Bowhunting Journal.

“It is about integrity. We have built our brand on honesty, transparency, and trust. We feel it is our duty to stand up for what is right in all aspects of KUIU’s business,” says Hairston, noting that the lawsuit not only speaks for the damage KUIU has suffered through the fraudulent claims, but also its customers and any other advertiser that has also been cheated by Eastman’s.

By filing the lawsuit, KUIU hopes to recoup the excess money that the company paid for advertising as well as deter Eastman from falsely inflating circulation numbers to boost advertising sales ever again.

A complete copy of the lawsuit can be found here.