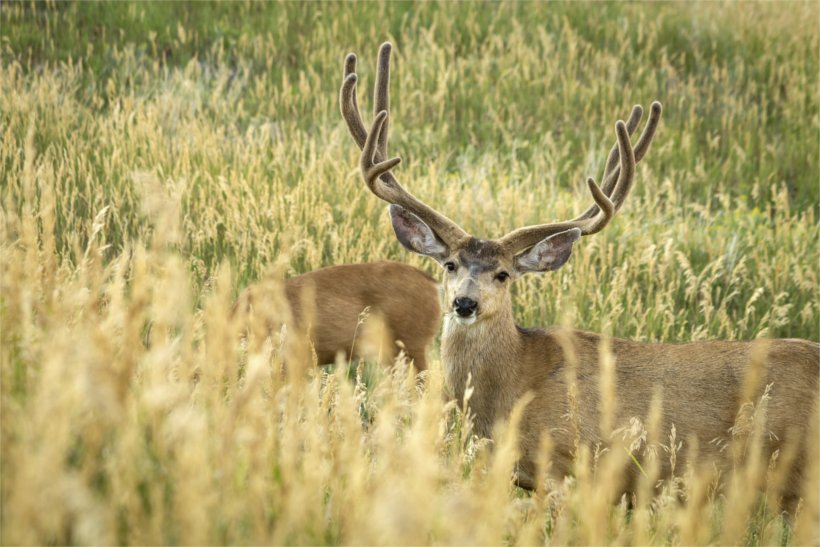 Hunters can expect fewer mule deer permits in Kansas this year due to less deer. The Kansas Department of Wildlife, Parks and Tourism (KDWPT) announced the reduction in hunting permits this week, decreasing the number of available either species-either sex firearms permits from 600 to 500 in the eastern portion of the state. Additionally, the either-species antlerless only permit has been eliminated.

Lloyd Fox, a KDWPT deer biologist, says that the decrease in deer could be a result of limited habitat that causes them to migrate west, disease, or genetic changes within the actual herds. According to his estimates, there are currently 50,000 mule deer within Kansas with 2,000 harvested each fall. Limiting the number of permits may help the remaining mule deer – and whitetail deer -- rebound.

Kansas isn’t the only state facing a sharp decline in mule deer; Nebraska and sections of the Great Plains are facing similar problems, according to News-PressNow.com.  States that depend on the Conservation Reserve Program (CRP) to create grasslands have seen budget cuts to program, which now limits the number of acres that can be enrolled in the federal program. For Kansas, that means it’s time to take action.

“We are taking land out of CRP and converting grassland to cropland,” says Fox. “This gives whitetail deer more of an advantage because they feed on agricultural land. When CRP grassland acres are going strong, mule deer do well.”

Kansas officials understand the significance of mule deer to their state, both from economic and environmental viewpoints, and Fox suggests that programs in place will bring mule deer numbers back up.

“Many landowners are concerned about what’s going to happen in the future with the reduction in grasslands,” says Fox. “But our deer populations are going down in some areas and increasing in others. Deer are resilient and adaptable and they produce tremendous opportunity for hunting.”