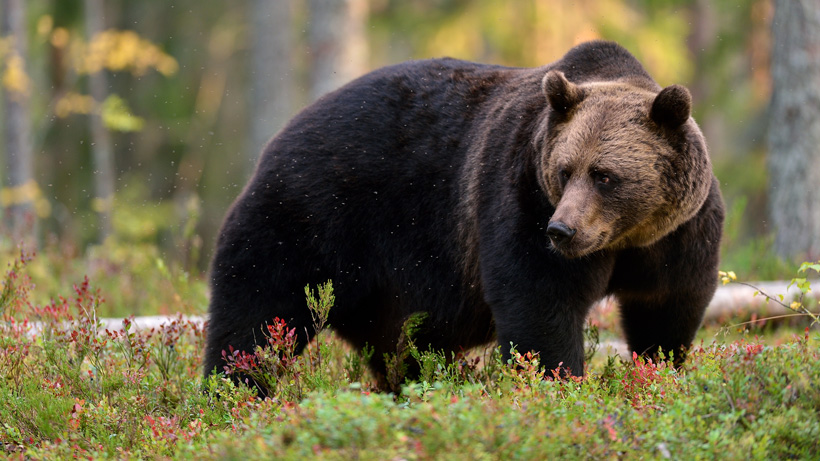 In January, two groups filed an intent to sue the federal government over a decision that allows for the killing or removal of 72 grizzly bears from in and around the Greater Yellowstone Ecosystem (GYE). The lawsuit, brought by the Center for Biological Diversity and the Sierra Club, opposed a 2019 U.S. Fish and Wildlife Service (FWS) decision that permits grazing in Wyoming’s Bridger-Teton National Forest and authorizes the removal of up to 72 grizzly bears over the 10-year life of the grazing program.

This week, despite arguments that the decision threatened the population of over 700 grizzlies, U.S District Judge Amit P. Mehta ruled that there was no reason to “halt the killing of grizzly bears,” which “protect a historic Wyoming cattle drive and ranching operation on the Bridger-Teton National Forest,” WyoFile reports.

To justify his decision, Mehta added that both organizations “presented no evidence wildlife managers would remove more female” grizzlies from the area. Female grizzlies are protected by the Endangered Species Act (ESA) and the January lawsuit alleged that the grazing plan “violated” the ESA “because it did not limit the removal or killing of female grizzly bears,” according to WyoFile. However, Mehta noted that over the past few years, “an average of 0.7 female grizzly bears a year have been removed from the Upper Green River grazing area,” which suggests that “the taking of more than one or two female bears during the pendency of this case is unlikely to occur.” Further, because the grizzly population is thriving, Mehta wrote in his decision that the removal of one bear from a threatened species doesn’t create “irreparable harm, especially where, as here, the grizzly bear population has been growing for years.”

Current grizzly bear management strategy doesn’t allow for the killing of bears to be the first phase of fixing depredation issues. Rather, trapping and relocation comes first.

“The lethal taking of a nuisance bear is a last resort,” Mehta wrote, “and there are many checks in the process to ensure that the killing of such a bear, especially a female, cannot be a sudden or spur-of-the-moment decision.”

The federal grazing permit was approved in 2019 and “allows ranchers to herd up to almost 18,000 cattle” onto the Bridger-Teton National Forest above the Green River,” according to WyoFile. Prior to authorizing the grazing permit, FWS decided that “the plan posed no jeopardy” to the ecological balance of the Yellowstone Ecosystem.