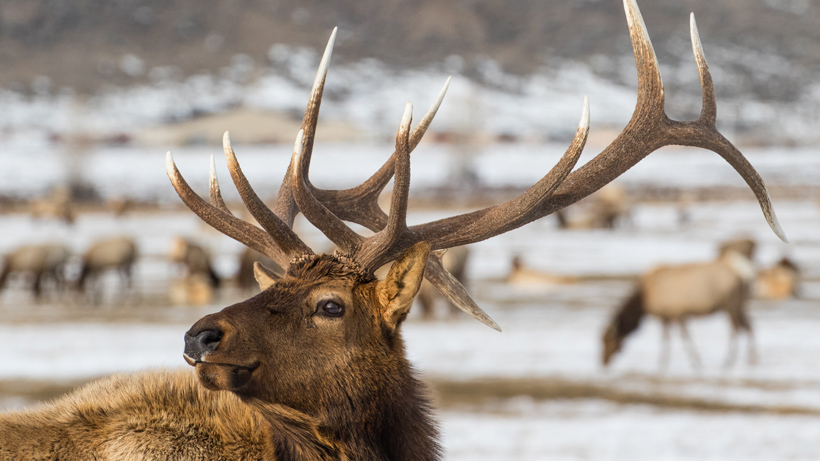 “There is no question that Alkali Creek Feedground could become a reservoir for CWD infection if it becomes established in elk populations in northwest Wyoming,” Freudenthal wrote in her 28-page ruling. “That potential is increased with the concentration of elk at feedgrounds.”

She points to a 2015 analysis conducted by the Forest Service that she says “failed in…to properly investigate the consequences of elk contracting and spreading the always-fatal CWD at the feedground.”

CWD has impacted elk across the state and, in fact, the fatal disease was confirmed in supplemental feeding stations near Jackson Hole back in 2016. In 2017, other cases were confirmed near the Pinedale Airport and in Star Valley. The concern is infected animals comingling with healthy animals since the disease easily spreads through feces, saliva, and urine. Feedgrounds can act as “hot spots” for this type of contamination.

While the order does not affect other elk feedgrounds in the Gros Ventre River drainage (Patrol Cabin and Fish Creek) because “one is not on federal property and the permit for the other was not up for consideration,” according to WyoFile, this particular overruling requires the Forest Service to “reassess Wyoming Game and Fish’s request to use the federal property” for this purpose.

WGFD spokesman Renny MacKay told WyoFile that “his agency will need to attain a one-year Forest Service permit to conduct feeding operations” and that they “prefer the predictability of a longer-term authorization,” adding that “[t]his is not the first time we have had to deal with these annual permits and we are prepared to use that approach.”