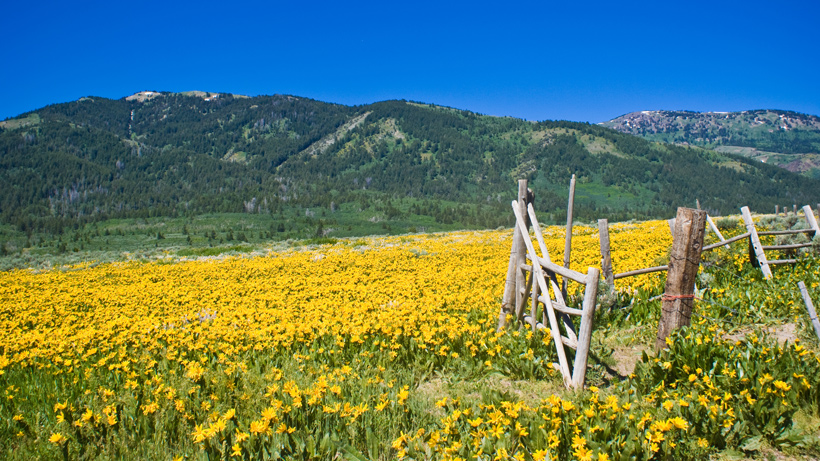 Wire fences can create problems for wildlife. Animals can become tangled in fencing or scrape their backs against the barbs, losing fur, when they crawl underneath it when fleeing from predators. This is why removing barbed-wire fencing no longer needed to contain cattle or other livestock has been the focus of the Jackson Hole Wildlife Foundation. This year, the organization celebrates two landmarks: its 25th anniversary and the removal of 200 miles of unnecessary fencing in Wyoming.

The latest fencing removal effort wrapped up excess fencing around Wyoming Game and Fish Department (WGFD)’s Horse Creek elk feeding ground. More than 25 Wildlife Foundation volunteers worked together to remove the “giant, rusted staples from wood posts” before using a manual wire winder to roll up the wire so it could be recycled, the Casper Star Tribune reports.

According to Aly Courtemanch, a WGFD wildlife biologist, and Wildlife Foundation board member, “livestock have stopped grazing on the national forest parcel,” which makes the fencing “no longer needed.” Wire fencing often hinders elk, mule deer, and pronghorn the most as it disrupts their migration routes.

Jon Mobeck, the foundation’s executive director, told the Casper Star-Tribune that the organization tries to eliminate as many obstacles as it can from wildlife migration routes. Volunteers also modify fences where they are still needed by adding smooth wire or wood to the top wire to ensure safe passage; barbed wire stays within the middle wires to keep cattle contained. Other tactics include raising or lowering fence lines.

“We look at the landscape scale,” says Mobeck. “Why not remove every possible fence to preserve movement into the future?”