Is Wyoming a predator’s playground? 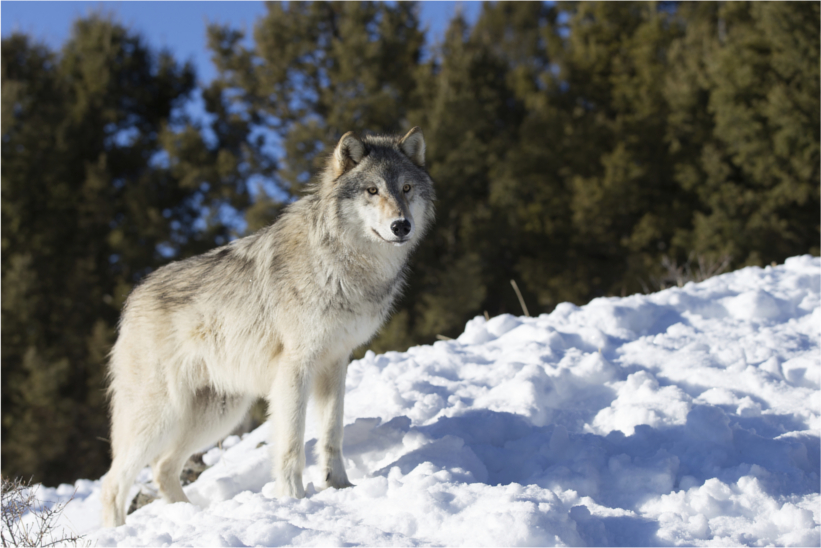 In what almost resembles a mass slaughter, 19 elk – 17 calves and two cows – were killed by a pack of wolves on the McNeel Elk Feedground on Tuesday night near Bondurant, WY. While predation is common, this is the first time an event of this caliber has ever occurred within the state.

“We have had a lot of wolf predation on elk throughout our feedgrounds the last several years,” says John Lund, a regional wildlife supervisor. “This year has been significant, especially at that feedground. We’re estimating between 70 and 75 elk have been killed this year.”

Officials are calling it a surplus killing because wolves killed more animals than they could eat, but that doesn’t explain why they decided to go after that many prey at once.

"These events usually occur when some other factor specifically increases the vulnerability of their prey," says Ken Mills, who is Wyoming Game and Fish’s large carnivore biologist. "That could be snow, that could be disease, that could be habitat structure, for example."

Predation seems to be on the rise – not just in Wyoming, but also within its neighboring state, Montana. Last week, cattle in Absarokee, MT were the latest victims of local wolves and, according to the Billings Gazette, wolves have been responsible for many Montana livestock deaths and injuries in 2015. Wolves killed 44 cattle, 21 sheep and two horses last year, causing Montana to respond by ramping up wolf management efforts; wildlife officials killed 32 wolves and landowners shot another 10.

Yet, in Wyoming, wolves are not managed by state officials because they are federally protected by the Endangered Species Act, meaning that only the U.S. Fish and Wildlife Service can decide how to proceed should another major wolf attack occur. For now, Wyoming officials plan on testing the elk carcasses to determine if disease or another factor led to the mass killing.