Is there a new wolf couple next door? 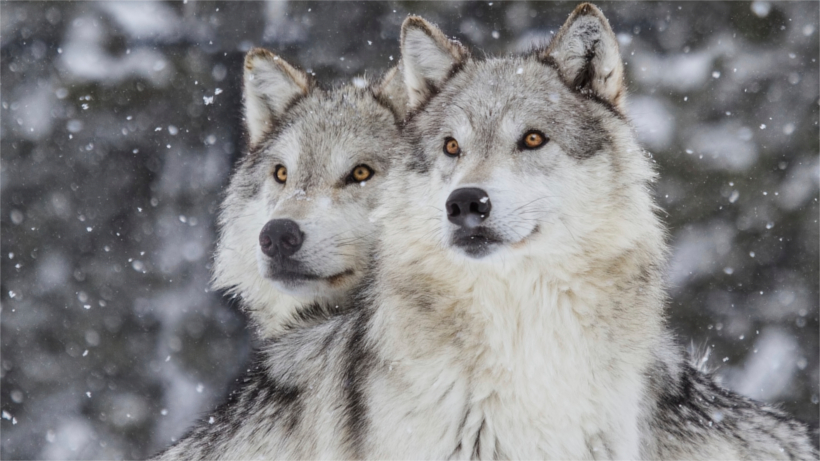 It appears that two gray wolves have decided to call western Lassen County, California home. The California Department of Fish and Wildlife (CDFW) confirmed the presence of this particular pair after careful monitoring since last fall after reports of multiple wolf sightings within the area.

According to a recent press release, CDFW installed extra trail cameras in the areas where tracks were found and photographs taken to determine if the two gray wolves were indeed traveling together and establishing themselves within the county. After scat samples were collected and analyzed by the University of Idaho’s Laboratory for Ecological, Evolutionary, and Conservation Genetics, CDFW has confirmed that it is a male and a female gray wolf couple, although there is no evidence that pups are on the horizon. Additionally, the scat analysis has discovered that the male wolf is likely a member of the 2014 Rouge Pack; the female hasn’t been matched to a local pack.

This is exciting news as the second gray wolf to ever be spotted in California just occurred in August last year. Does this mean that the endangered animal could be making a comeback? CDFW officials plan to closely monitor the wolves and see if they decide to stick around. If they do, then they will attempt to collar one to keep tabs on its movement.

“The purpose of collaring gray wolves is to understand some key biological parameters such as habitat use, prey preferences and reproduction, as well as to potentially minimize wolf-livestock conflicts” says Karen Kovacs. Kovacs is a CDFW Wildlife Program Manager who is currently studying the gray wolf couple. “Due to concerns for the welfare of wolves, capturing them is generally not feasible in cold weather. Therefore, we would not attempt to capture and collar the wolves until late spring at the earliest.”