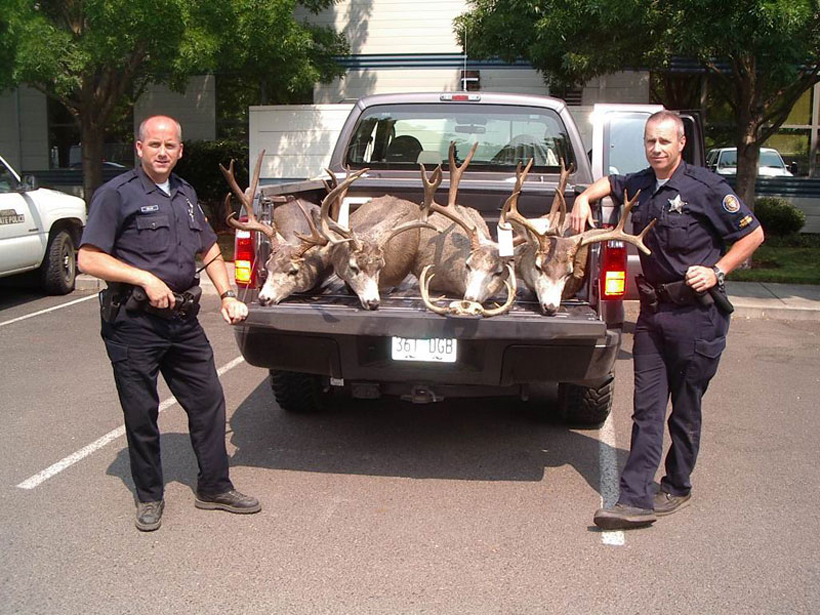 When most people think of poaching, they think of Africa. In the United States, however, poaching has become a very serious problem.

The U.S. Fish and Game department estimates that for every animal hunted and killed legally, one is killed illegally. All across the country poachers are responsible for the killing of large numbers of animals, including deer, elk, black bear, turkey, moose, pronghorn, cougar, bighorn sheep, mountain goat, pheasants as well as countless other species of fish.

Some poachers kill for the sport of it. Others want a trophy. But for many, profit is the main motive — a black bear gall bladder can fetch top dollar for in some Asian nations for its alleged medical benefits; bighorn sheep antlers can go for upwards of $20,000 on the black market. Rare is the case that poachers are poor and trying to feed their family.

“The causes of poaching vary, but the myth that most poachers are committing their offenses to provide food is in reality not even a fraction of a percentage of all cases prosecuted. Often, modern poaching is done by criminals driving $30,000 vehicles, using expensive night-vision technology, illegal silencers on the firearms, and often military-style rifles,” said Pennsylvania Game Commission Bureau of Wildlife Protection Director Richard Palmer.

Poaching reduces the game available to those who abide by the rules, deprives states of the revenue they rely on to protect wildlife and makes it extraordinarily difficult for biologists to manage wildlife populations. In extreme cases, it can even weaken a species’ gene pool and threaten its very existence.

Despite a concerted effort by state officials and wildlife organizations to stop poachers, the problem continues to intensify. In fact, some of the biggest poaching cases in U.S. history have been committed in the past 6 years.

Just last month, an Oregon man and his wife were found guilty of what officials say is one of, if not the largest, hunting-poaching rings in state history. 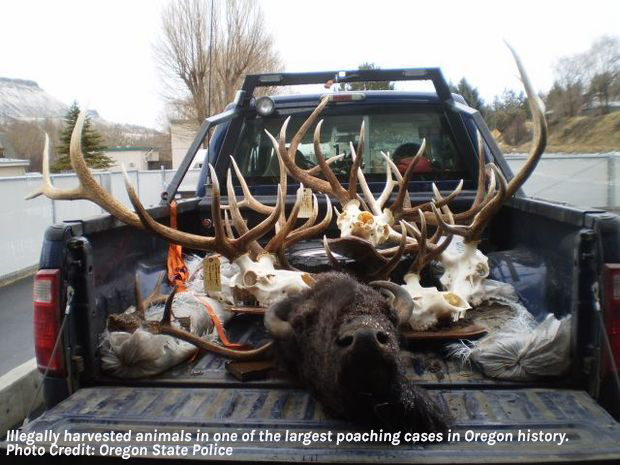 The tip led Oregon Fish and Wildlife officials to 43-year-old Alan Roy Aronson, who they suspected of leading illegal hunting guide parties and illegally hunting elk and buffalo on ranches and property without the owner’s consent.

According to Fish and Wildlife officials: “Between 2010 and 2012, hunters accompanying Aronson killed dozens of elk, including several large trophy elk that were shot and killed by persons without valid tags, and at least nine buffalo from a neighboring ranch without the ranch owner’s consent.”

Alan pleaded guilty to three misdemeanor counts of failure to register as an outfitter and guide, and two felony counts of theft in the first degree. He was sentenced to 30 days in jail and ordered to pay $66,050 in fines for guiding illegal hunting expeditions. He’s also been banned from hunting in Oregon for life and has been ordered to forfeit a truck used in the illegal hunting.

Emily also pleaded no contest to one misdemeanor count of illegally hunting wildlife. She was sentenced to a three-year hunting license suspension and ordered to pay fines and restitution of $15,350.

In addition, investigators arrested 23 other people who participated in more than 200 counts of illegal hunting.

“The case resolution was successful in part from the great efforts and investigative skills of the lead investigator and team members whom worked tirelessly on this extensive and complex case, along with assistance from other Fish and Wildlife troopers from across the state,” said Captain Jeff Samuels, OSP Fish and Wildlife Division director.

Although this particular investigation was successful, the majority of poachers are never caught.

“If I wanted to go out and poach, I believe I could get away with it 99.5% of the time,” said Mike Cenci, deputy chief of enforcement at the Washington Department of Fish and Wildlife. “We just can’t keep up.” 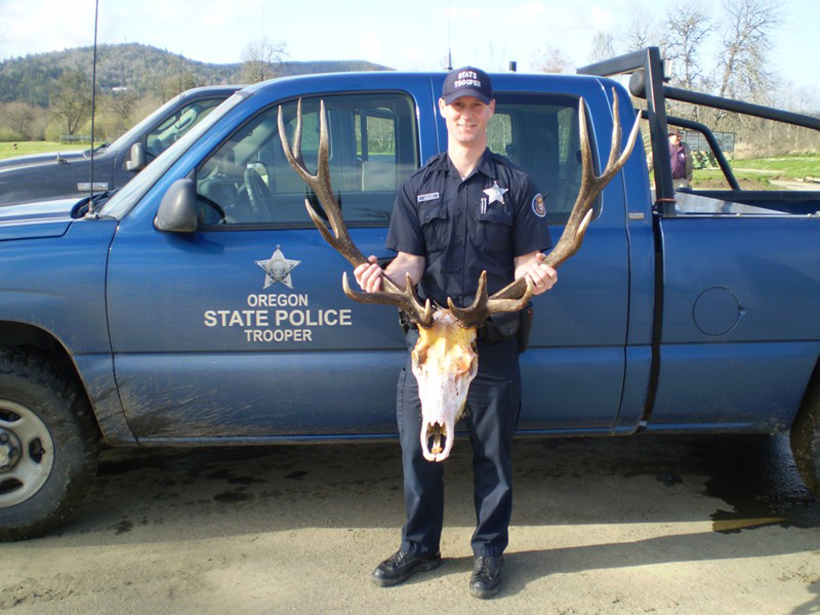 A bull elk that was poached in Oregon and confiscated by state officials.
Photo Credit: Oregon Department of Fish and Wildlife

In some states, game wardens are responsible for about 2,000 square miles. Fortunately, they are not alone in their pursuit to stop the poachers. Poaching is one issue that incenses hunters and non-hunters alike. With the growing awareness around poaching and mounting concern about its impact, the public is apt to keep a watchful eye on those breaking the law.

With the watchful eyes of law-abiding hunters and the general public, the hope is that poachers don’t stand a chance.