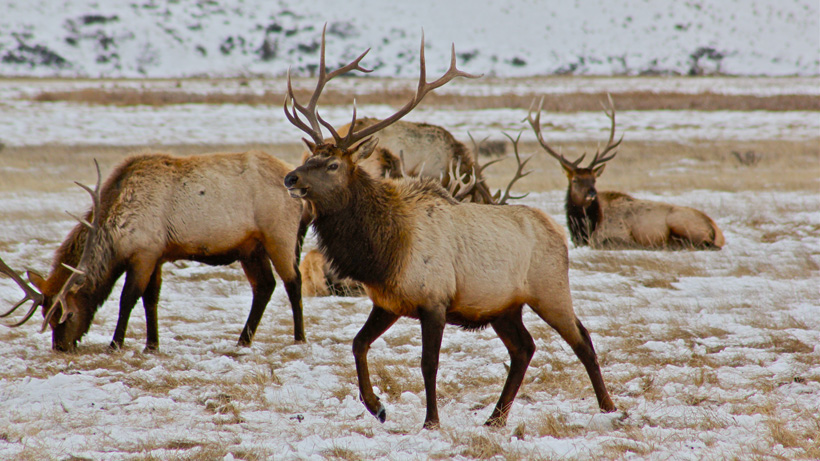 Lawsuits can be incredibly motivating, especially when it comes to propelling a stalled plan forward. According to the Jackson Hole News & Guide, “the threat of litigation” from nonprofit environmental law organization Earthjustice has pushed the U.S. Fish & Wildlife Service (FWS) to stop stalling a “long-delayed plan” to put an end to supplemental feeding at the National Elk Refuge in Wyoming.

The proposed plan, which was initiated twelve years ago, was delayed due to discrepancies in goals and outcomes of the initiative. However, this week, FWS agreed to a “joint stipulation, motion and status report,” which will create deadlines and, hopefully, keep Earthjustice satisfied.

“What it boils down to is that they have an opportunity to complete this planning process by Dec. 31, and have a plan in place by the next feeding season in 2020,” Earthjustice Managing Attorney Tim Preso told the Jackson Hole News & Guide. “We have agreed to suspend litigation long enough to allow for them to seize that opportunity.”

With chronic wasting disease (CWD) impacting herds across the West, Earthjustice’s push to eliminate supplemental feeding at the refuge comes at a critical time. As goHUNT previously reported, CWD has been slowly infiltrating supplemental feedlots and, according to the Jackson Hole News & Guide, November marked the first confirmed case of CWD in Jackson Hole when a road-killed mule deer buck tested positive in Grand Teton National Park.

The lawsuit, which was filed in March, requires FWS to take action towards shutting the supplemental feeding down by this winter.

“That was essential to us,” Preso said, “because we can’t continue business as usual with [chronic wasting disease] already in the valley.”

Essentially, according to the Jackson Hole News & Guide, the stay on the litigation requires FWS to do the following:

The 2017 version of the draft plan’s “principal strategy” is to delay “when alfalfa pellets begin hitting the ground” and, essentially, begin cutting elk feeding in half, according to the Jackson Hole News & Guide. Then, transition “elk to freestanding forage” after “the three-year running average of elk and bison ‘fed days’ has fallen to 50% or less of current intensity for five years in a row.”

That is, unless public comments and other reviews change the proposed strategy. In the interim, the Wyoming Game and Fish Department plans to continue feeding elk despite the risk of CWD.

Additionally, the National Elk Refuge has been mandated to decrease overall elk numbers to 5,000 animals.

That “step-down” plan will hopefully do just that.

“I think the step-down plan is likely our best chance to take any meaningful action to reduce the potential effects of catastrophic disease on the refuge,” said refuge biologist Eric Cole, acting as interim refuge manager while the longer-term acting manager, Cris Dippel, is out of town, “but of course it’s going to take the cooperation of other agencies and public buy-in.”