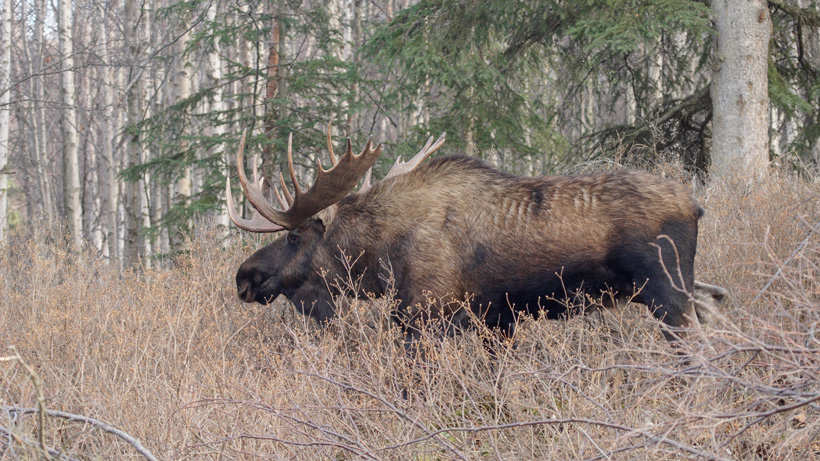 British Columbia (BC) moose numbers are dropping and Canadian officials are trying to figure out why. In fact, dwindling moose populations across the province spurred a five-year-study, which biologists will wrap up in 2018, that aims to identify what’s going on with the area’s moose. In the interim, government officials are using the initial findings and launching a moose enhancement plan that will focus on boosting current populations within the province.

Yet some locals, like Lake Windermere District Rod and Gun Club president Rick Hoar, believe that the Ministry of Forests, Lands and Natural Resource Operation (FLNRO) isn’t looking at the big picture and are, instead, only putting a Band-Aid on the most immediate problem.

“It’s well enough to say you want to manage moose, or elk, but you then have to managed predators too. It’s all connected,” says Hoar. “We (the Rod and Gun Club) don’t think it’s enough to manage just the moose. You have to manage the whole package.”

Hoar is suggesting that FLNRO isn’t taking into consideration the ecosystem as a whole and the need to make sure all aspects of it are balanced – like predator control. According to the Invermere Valley Echo, a three-week moose count in the Boyce Creek area north of Edgewater found 200 moose, of which 70 or 80 were bulls and the remainder were cows and calves. Hoar adds that a moose biologist mentioned that “he’s seen enough of a steady decline of moose that we are now in a predator pit.”

More than 200 cow moose have been radio collared and tracked as part of the multi-year study, which was launched in 2013. The study will try to uncover why moose populations in BC’s interior continues on a downward spiral. While preliminary data will be used as part of the FLNRO’s new moose management plan, analysis of the complete data will not be available for at least two more years. Yet, with 11 wildlife biologists, one wildlife veterinarian and other staff involved with the study, hopefully some interim solution can be applied to keep current herds steady.

Regardless of the current population results, hunters can still apply for a fall BC moose hunt. The province has announced plans to move forward with its 2016 limited-entry hunt this fall.