Is a Montana landowner’s push to graze domestic animals dangerous to bighorn sheep? 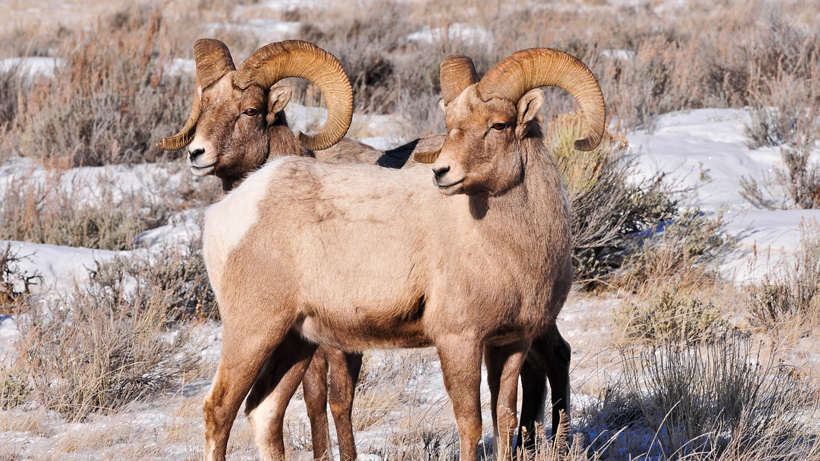 As disease continues to impact bighorn sheep herds across the West, hunters are upset over a recent grazing decision by a Montana landowner. The Brown family has recently started grazing roughly 500 domestic goats and sheep in an area that, historically, Montana Fish, Wildlife and Parks (MFWP) has worked to keep domestic animals from mingling with their wild counterparts.

The Browns’ ranch is near Big Sandy, north of the Missouri River, in Hunting District 680. This hunting district includes both “a resident bighorn sheep herd as well as transients that migrate from the south across the Missouri River,” according to the Billings Gazette. The Missouri Breaks is home to the largest bighorn sheep herd in the state and also the place where a new state-record ram was recently harvested. According to Kevin Hurley, vice president of conservation and operations for the Wild Sheep Foundation, that tag “is probably one of the most…sought after licenses anywhere.”

The fear is that by grazing domestic animals so close to wild herds, deadly pathogens that have caused massive die-offs could infect bighorn sheep. In fact, MFWP has historically killed bighorn sheep that have come too close to their domestic counterparts. The agency also avoids “reintroducing bighorns close to areas where domestic sheep are raised,” according to the Billings Gazette.

Bill and Renita Brown also own Chase Hill Outfitters, which provides guide services to bighorn sheep hunters. Last season, Bill Brown posted a photo of the ram he shot after waiting 31 years to draw a tag. Hunters say because of this, the Browns should understand where they are coming from with regard to not wanting the domestic sheep and goats grazing in this area.

Brian Solan of the Wild Sheep Foundation calls the Missouri River Breaks herd “the crown jewel,” but noted that, in Montana, private landowner rights are considered somewhat sacred. Yet, if the Browns were willing to work with the foundation, Solan said “his group is willing to assist in any way it can to keep the wild and domestic animals separate, whether than means guard dogs or fencing.”

Likewise, MFWP has reached out to the Browns to share their disease concern.

“The landowner didn’t share the concern and wasn’t interested in working with us,” said Scott Thompson, wildlife manager for Region 6. “That doesn’t mean we wouldn’t (work with them) in the future. For now, we’ll be respective of private property rights.”

Right now, the issue seems to be at a standstill.

When the Billings Gazette reached out to Renita Brown, she said, “We’re just trying to make a living in farming and agriculture. I’ll be plumb honest, we don’t have enough time to go on Facebook.”