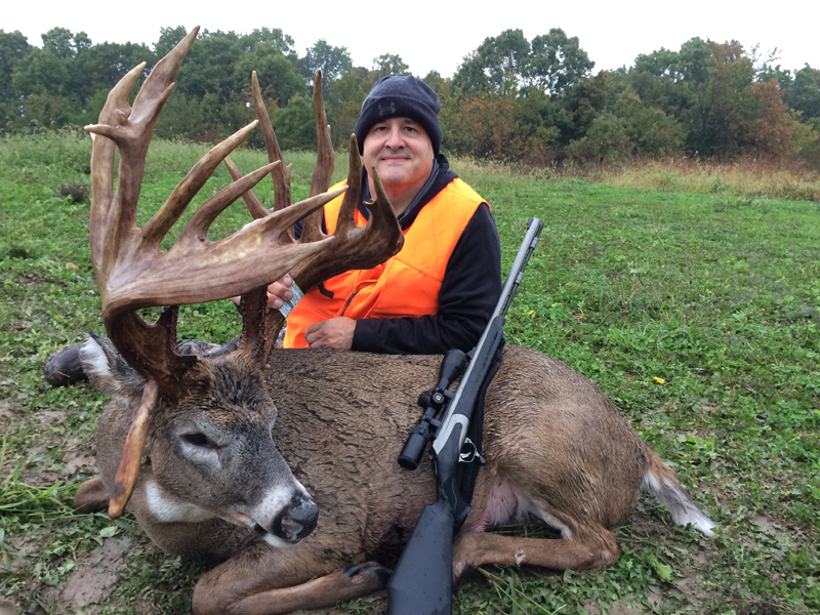 Baiting can be a serious crime in the hunting world with many states prohibiting the use of any type of bait to curb hunters from luring in wildlife. Joe Franz is a lifelong hunter who is charged with four counts of “hunting over bait” in order to harvest the trophy buck that took the hunting world by storm during early muzzleloader season last October in Marion County, Iowa.

Franz contends that a jealous hunter has falsely accused him of this crime after Franz received recognition for his harvest in both North American Whitetail as well as the Des Moines Register. He says that he spent years in search of the perfect tract of farmland before finding it where he harvested a trophy buck legally. The buck, dubbed “Palmer,” is the largest whitetail buck ever harvested on video with a non-typical gross score by the Boone & Crockett Club of 261 7/8".

Franz says that he filmed the hunt “to ensure the integrity” of it and to “dispel any allegations that he took the deer illegally or unethically,” adding that “integrity is a foremost part of what I do every day.” The video is available on franzbuck.com or by watching below.

“Hunting over bait” is illegal in Iowa and the law “prohibits hunters from using grain, vegetables, fruit or salt blocks to attract wildlife,” according to the Des Moines Register. If Franz is found guilty, he could have to pay a $195 fine for each charge.

Franz has cooperated with authorities and turned over his taxidermied mount for the time being. Yet, his defense attorneys allege that there is a possibility that not everyone is playing fairly in the case. According to the Des Moines Register, soil samples may have been taken without a search warrant or probable cause. This means that while this practice is common when salt or mineral deposits are thought to be used illegally, the evidence collected could be suppressed if it was taken without permission or court order.

Franz’s attorney William Kutmus argues that the “hunting over bait” law in place is vague and leaves “tremendous discretion to the conservation officer” over what constitutes baiting, especially if property ownership has changed and prior owners had used salt or mineral blocks, of which traces would still be found during a soil test.

It will be interesting to see the final verdict in this case as the decision could make a change in the wording of the state bait law to be more detailed and restrictive than what is currently in place. For now, it remains undetermined whether this trophy buck fell prey to bait or not.