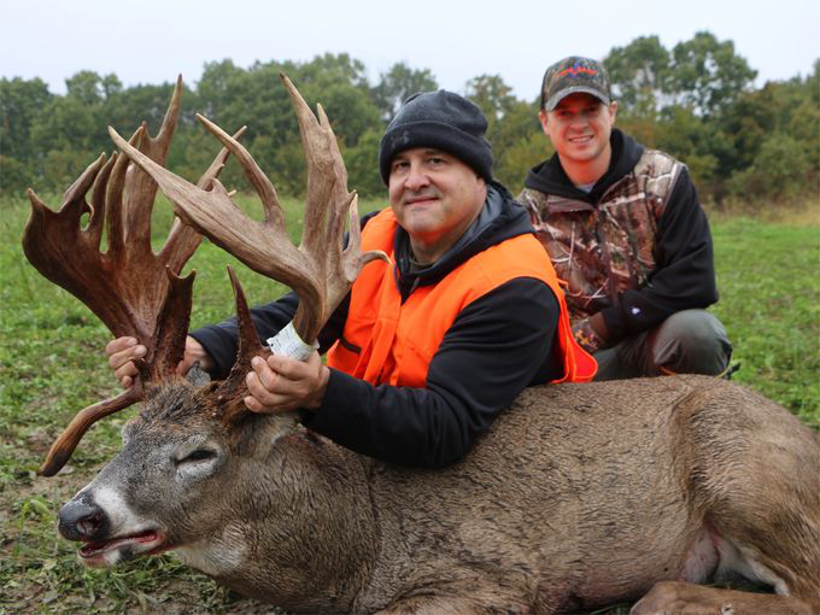 Iowa hunter Joe Franz, who was accused of illegally baiting a trophy whitetail deer in Marion County, has been cleared of all four counts of “hunting over bait” thanks to video evidence shot during the hunt. Iowa Department of Natural Resources (IDNR) conservation officers originally charged him with the baiting violations after a mineral lick was found near where the buck had been killed. In Iowa, using grain or salt blocks to attract game is illegal.

As goHUNT previously reported, Franz says that a jealous hunter falsely accused him after he received recognition for his trophy buck in both North American Whitetail as well as the Des Moines Register. The buck, dubbed “Palmer,” is the largest whitetail buck ever harvested on video with a non-typical gross score by the Boone & Crockett Club of 261 7/8".

Franz filmed the hunt, saying he did so “to ensure the integrity” of it and to “dispel any allegations that he took the deer illegally or unethically,” adding that “integrity is a foremost part of what I do every day.” That video helped prove that Franz was not guilty of any crimes.

District Court Judge Thomas Mott wrote in his decision that “prosecutor Ben Hayek failed to prove the buck was influenced by the mineral lick on the day it was killed.” Hon. Mott continued, by writing, “Acknowledging the presence of the mineral lick not far from the deer blind from which defendant shot the deer, the deer nevertheless came no closer than dozens of yards from the mineral lick, and neither headed toward it or away from it. In other words, the evidence does not show the deer took any interest in the mineral lick in October 2014.”