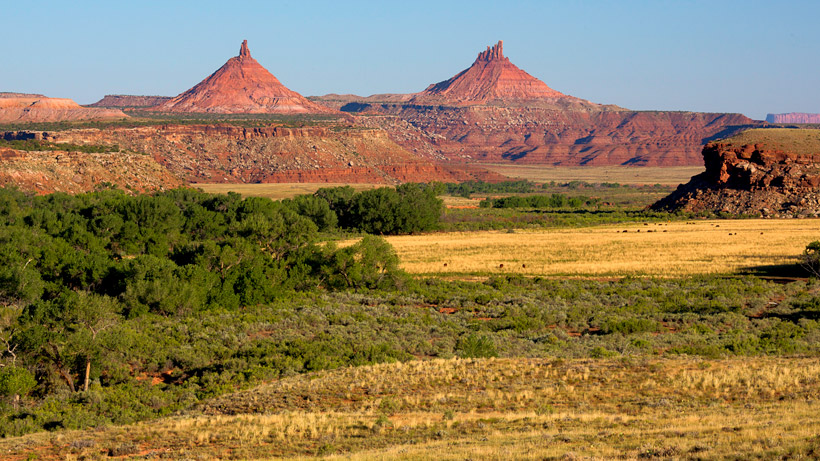 On Monday, Interior Secretary Ryan Zinke recommended shrinking the 1.3 million-acre conservation area known as the Bears Ears National Monument in southeastern Utah. Zinke’s proposed cut, which can be found in this report, asked that Congress permit authority to local tribes to co-manage “designated cultural boundaries” within the new borders, The New York Times reports. Opponents of this recommendation argue that Zinke’s actions violate the Antiquities Act, which was signed by President Theodore Roosevelt decades ago to protect habitat and promote conservation.

“Over the course of more than a century, the Antiquities Act has proven one of our most potent mechanisms for permanently conserving important fish and wildlife habitat and upholding traditional hunting and fishing opportunities on our public lands,” Backcountry Hunters & Anglers President and CEO Land Tawney said in a press release. “The recommendations made by Secretary Zinke, if adopted, would undermine the strength of the Antiquities Act, blunt a powerful conservation tool and diminish our national monuments system overall. An attack on one monument is an attack on them all.”

As goHUNT previously reported, more than 100 hunting and fishing business owners and sporting organizations sent a letter to Congress last month to stress the importance of national monuments and public land to the outdoor industry. Zinke is following an executive order that asks him to review any national monument created since Jan. 1, 1996. The full list of monuments under review can be found here.

The Bears Ears National Monument was designated by President Barack Obama during his final days in office. Zinke’s recommendation is a strong “indicator of how the Trump administration will treat public lands,” according to The New York Times. While Zinke requested that President Trump hold off on making final decisions until the remaining 26 monuments are reviewed, which should be completed in August, the decision to eliminate or reduce the size of a national monument has never happened in the history of the United States.

“These recommendations were not made in a bubble in Washington, D.C.,” Zinke told The New York Times. “They were made after extensive on-the-ground consultation in Utah.”

Those who want to use the land for oil and gas development, ranching or farming say that the Bears Ears National Monument is too large and support the change in borders. Yet, the region includes roughly 100,000 archeological sites as well as thousands of acres of natural habitat for a variety of wildlife.

“Make no mistake: Unilaterally shrinking the boundaries of Bears Ears National Monument would not only be a slap in the face to the five sovereign tribes who share sacred ties to this land, it would violate both the Antiquities Act and the separation of powers doctrine,” Heidi McIntosh, a lawyer for Earthjustice, told The New York Times. “The president simply lacks the authority to change a national monument designation under the Antiquities Act, our country’s century-old law that protects some of our most scenic and historic landscapes.”