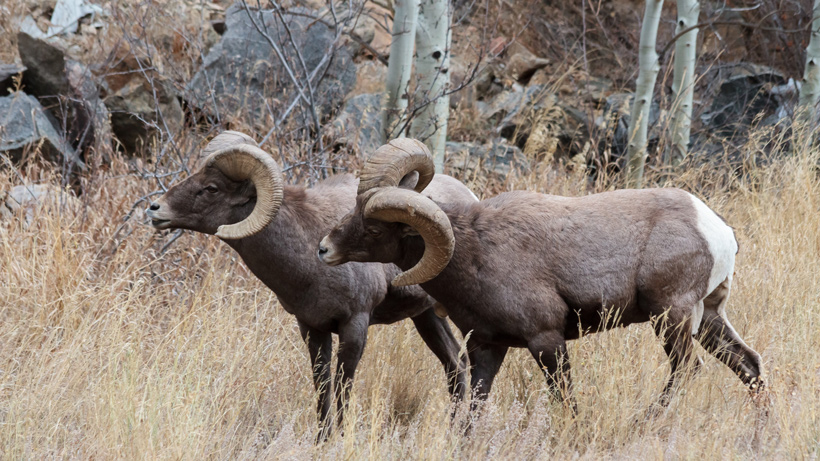 Over a thousand acres will be set aside for Wyoming’s struggling Whiskey Mountain bighorn sheep herd. Last week, the U.S. Department of the Interior announced that it would “renew a mineral withdrawal of 1,431 acres of winter range,” which will significantly help the floundering herd, the Jackson Hole News & Guide reports.

“If this important habitat would not have been continued to be withdrawn, it would have been just another straw on the camel’s back and right now this herd needs all the help it can get,” says Wyoming Wild Sheep Foundation President Steve Kilpatrick.

According to the Jackson Hole News & Guide, this iconic herd was almost killed off in 1990 and 1991 after pneumonia infected nearly half of the herd. Today’s herd is estimated at only about 850 animals – nearly 40% under the 1,350-sheep goal set by the state. High fawn mortality coupled with poor nutrition is creating a recipe for species disaster. Secretary of the Interior Ryan Zinke’s decision to renew the withdrawal couldn’t have come at a better time. The Whiskey Mountain herd will have two parcels – both Bureau of Land Management property – to use for critical winter range. The parcel located south of Dubois is considered more important winter range, says Kilpatrick; whereas, the other parcel located near Torrey Lake is “less used.”

“The Trump administration is serious about conservation, and we are backing up our words with action,” Zinke said in a statement. “I’ve always said there are places where it is appropriate to mine and places it is not. The Whiskey Mountain range is a good example.”

With many environmentalists unhappy with the Trump Administration’s push for gas and oil development in crucial wildlife habitat, they can’t argue with the Whiskey Mountain decision.

“It’s really a fantastic example of state and federal agency cooperation, along with the town of Dubois,” said Wyoming Game and Fish Department biologist Greg Anderson in a video released by Zinke’s office. “Everybody is on the same page and places a very high management objective on the population objective up there.”

If you are interested in commenting on the proposed mineral withdrawal, you can contact BLM until July 25. Comments can be mailed to BLM Wyoming State Director, 5353 Yellowstone Road, Cheyenne, WY 82009.