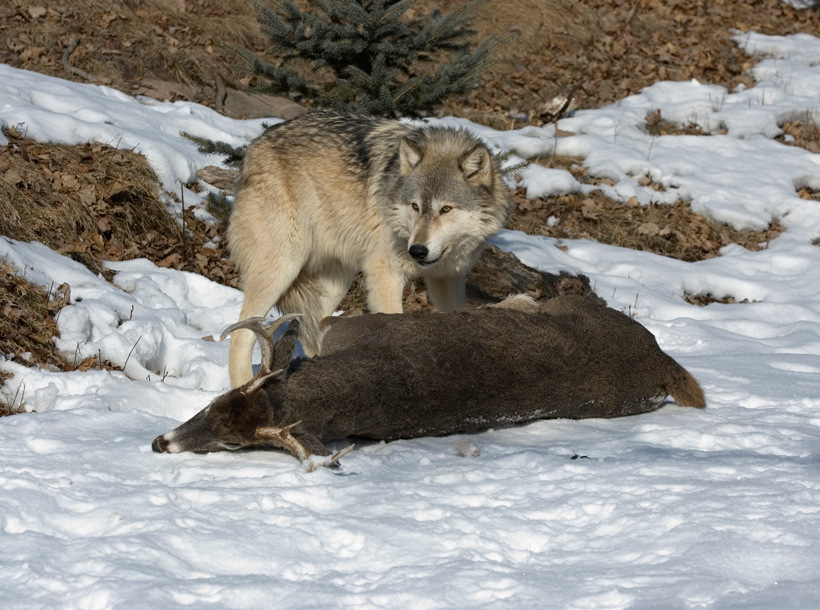 Wolf numbers continue to rebound across the west and Idaho plans to control its portion of the population. Last week, Idaho lawmakers approved spending $400,000 in state tax funds to kill wolves next year, hoping to eradicate the increased problem. This spending approval came a day after Idaho Fish and Game acknowledged that 19 wolves were killed in the Lolo zone in February in an attempt to manage the burgeoning wolf population.

The amount approved for next year is the same operating budget as the previous year for the five-member Idaho Wolf Depredation Control Board. The board was established last year and is operated under the governor’s office. The funds will go towards various wolf management projects. Last year, the board spent about $140,000 to kill 31 wolves between July 1 and Jan. 1.

According to Jerome Hansen, elk numbers have drastically declined over the past 26 years. In 1989, officials estimated 16,000 elk within the region; today, the agency believes the population may be as low as 1,000 animals. While experts note that a shift in habitat to denser forests creates less suitable terrain for elk, the main factor behind their demise is wolves.

But not everyone on the Joint Finance-Appropriations Committee backed the funding. According to The Spokesman-Review, Rep. Phylis King (D-Boise) said, “I’d much rather spend my money on schools, guardian ad litem, any other program. … I think this is a real waste of money. I’d rather see non-lethal methods encouraged instead of wholesale slaughter” and Rep. John Gannon (D-Boise) questioned whether the program was given more funds than it could spend.