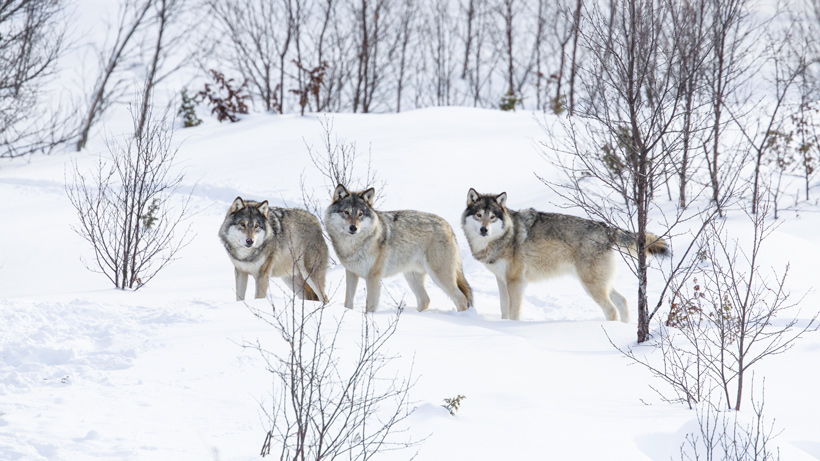 With eight confirmed wolf deaths near Alaska’s Denali National Park, biologists have initiated an emergency ban that will be in effect this week and next week. Eight is “twice the average number, which prompted the ban,” Bruce Dale, the head of wildlife conservation for the Alaska Department of Fish and Game, told the Anchorage Daily News. Because hunters and trappers are permitted to bring in pelts up to 30 days past the end of the season, the number of wolves killed will likely increase.

The ban affects the Stampede Trail corridor, which includes “an area where wolves range from protected park territory,” causing friction between those who want to hunt and trap the animals and those who prefer to keep them around for wildlife viewing in the park, according to the Anchorage Daily News. Wolves are a major attraction in Denali National Park. Every year, roughly 650,000 people travel to the park with hopes of seeing one. With wolves wandering beyond the safety of the park’s borders, biologists are concerned that too many will be killed.

However, there’s not a “biological population concern” behind the emergency ban, Dale said. In fact, there was a similar ban in 2015 “after new hunting regulations unintentionally led to increased wolf kills at bear baiting stations,” the Anchorage Daily News reports.

“A wolf that gets killed right before tourism season is not around to be viewed,” said Dale.

Because the current conditions are perfect for trapping, the ban is timely, according to Denali resources and science team leader Dave Schirokauer, who added, “We're concerned about the ability of our visitors to see wolves.”