IDFG proposes fewer tags for does and cows this fall 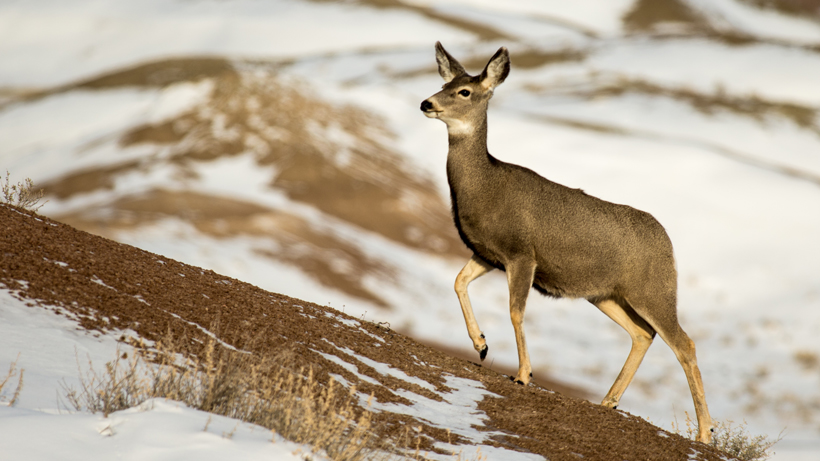 With elk and deer populations under objective due to habitat encroachment, livestock grazing and other development, the Idaho Department of Fish and Game (IDFG) wants to change archery and rifle hunts in the Palisades Zone to help impacted herds. The agency’s proposal targets areas in the Bighole Mountains, the Snake River Range south of Teton Valley and the west slope of the southern Teton Range in Idaho, which encompasses hunting zones 64, 65 and 67, the East Idaho News reports.

“It’s not normally one giant impact over there,” said Upper Snake River Regional Wildlife Manager Curtis Hendricks. “It’s not one development that hurts, but over time with more development, that can have a bigger impact on wildlife. It’s like death by a thousand cuts and it’s a never-ending challenge in the Teton Valley and Swan Valley areas.”

If approved, regular archery and centerfire seasons as well as the controlled muzzleloader hunt would be eliminated for cow elk. The number of tags available would also be reduced from 75 to 25 for the antlerless elk controlled hunt, according to the East Idaho News. All regular and controlled hunts for antlerless deer would be canceled in the Palisades Zone.

Current objective for the area is 400 to 600 cow elk. Hendricks said that “last year they counted 312 female elk, just below the low end of the objective.” Decreasing the hunting opportunity in this area would save about 70 cow elk from being harvested, which, according to Hendricks, would mean about 40 calves birthed per 100 cow elk, meaning that, “in theory that herd could see healthier numbers in two years’ time.”

Deer are also decreasing in numbers, hence the proposed changes this fall. According to Hendricks, in hunting zones 64 and 67, overall deer numbers have dropped by 22%.

“It’s not surprising,” said Hendricks. “With the last few winters out there we saw elevated adult mortality with does. Sportsmen have come and asked us to build back that population.”

Yet, while tags will be reduced or eliminated in this area, IDFG plans on an increase in tags for the Island Park area where the Sandhill elk herd is thriving.

If you’re interested in weighing in on the issue, click here. Proposals are posted by region and by species within each region. The comment period ends Feb. 25.