IDFG moves over a dozen elk from Magic Valley area 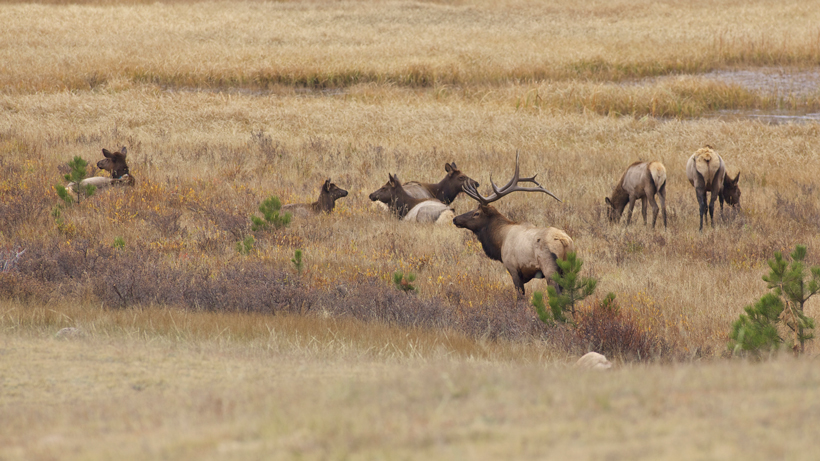 Last week, some Idaho elk got a new home after they were relocated from the Magic Valley area to just west of Stanley. Helicopters helped herd the 14 elk into a half-mile-long fence line, which helped “funnel the animals into corrals,” according to the Post Register. Once Idaho Department of Fish and Game (IDFG) biologists attached radio collars to the cow elk, an elk trailer delivered the animals to their new location.

The goal of the relocation project is to “reduce the size of a local herd living almost exclusively on private property and causing huge [crop] depredation claims during the past three years.” Historically, other methods like increased hunting tags, hazing and the use of sharpshooters has helped keep the herd in check; however, IDFG determined that relocating a percentage of the elk was also necessary.

“A few years ago we had a claim of over $1 million dollars and each of the years since it’s decreased,” said Craig White, IDFG supervisor at the Magic Valley office. “Each year we’ve seen it decrease in the amount of damage and subsequently the amount of claim that needed to be paid out.”

“The problem we had this spring was the elk had dispersed,” said Terry Thompson, regional communications manager. “They were coming off winter range, and we could monitor their locations by radio collars that were on a few animals. We knew they were starting to come back on to summer range, but in the last two weeks they went from herded up to very dispersed. It was hard for the helicopter to find a group of elk that they could bring toward the trap.”

Between the 60 elk were removed by sharpshooters last summer and the 30 elk relocated between a transfer last fall and this one last week, IDFG biologists believe that the herd has been reduced enough to be “much more manageable in terms of reducing depredation on the crops out there,” said Thompson.